The GM-Wuling HongTu/N200 was the second car spied by Mr Sidh and posted on CarWale.com/Auto Bild. The HongTu is the second product from the SAIC stable GM India will introduce. GM has to work out a different name for the EECO slayer. Will they call it Sunshine? How will the Nissan Sunny marketing team react to that? 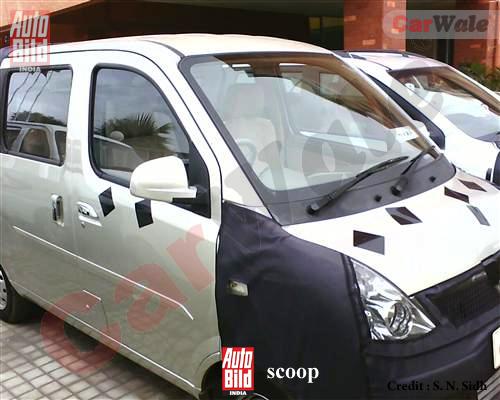 This vehicle is not new to IndianAutosBlog.com readers as our Gujarat based IAB fan Sagar Parikh photographed this vehicle on test a while back. It is equipped with disc brakes at the front and drums at the rear. The mules on test indicate that General Motors will produce luxury variants for passenger application along with cargo variants. Maruti follows a similar strategy branding the load-carrying model as EECO Flexi and Omni Cargo.

A 1.2-liter 85bhp petrol engine is used on the HongTu in China, but what will GM offer for India? Will they use the Beat's 1.2 SMARTECH engine which is LPG ready? GM has also invested in CNG technology which cargo operators favor. The Beat's 1-liter diesel is also available if the need arises. 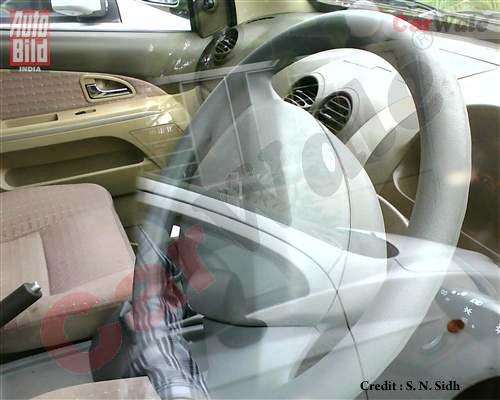 This van is less than 4 meters long and qualifies as a small car for the Indian market. Excise duties will be 12% less and that will lead to an aggressive price.

Maruti EECO - you've had the segment all to yourself but some bad weather is ahead of you!