The Ducati XDiavel is a forward-feet derivative of the Diavel power cruiser, featuring significant engineering changes to propose an intersection of a sports bike and a low-speed cruiser. Touted as the first of its kind, the Ducati XDiavel gets four foot control positions, five seating arrangements and three handlebar positions, together offering 60 different combinations of riding postures. It also gets two passenger seats and back rests which are offered as standard. 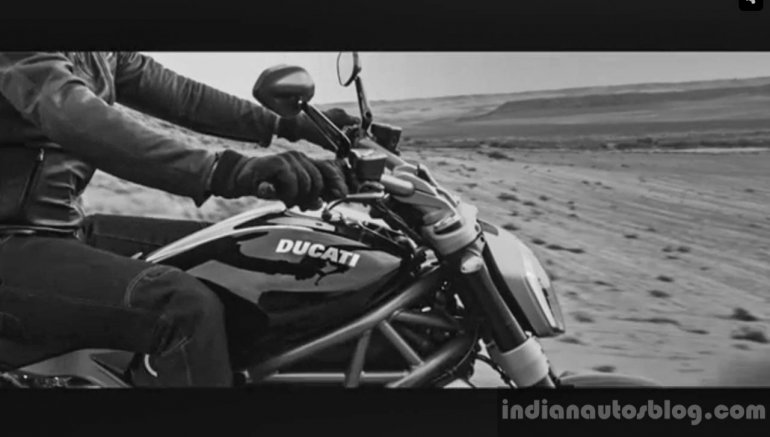 The selling point of the XDiavel is its ability to provide the kind of riding position and comfort offered by a cruiser while being able to offer a sports bike like handling. One example of that is its leaning angle of 40 degrees. The model uses Trellis frame that is bolted to the cylinder heads, a stainless steel fuel tank, a tubular cast single-sided swingarm, Brembo monoblock brakes, a 240 section rear tyre, full electronics suite, full LED lighting, and a DPL switch (Ducati Power Launch). The XDiavel is powered by the Testastretta DVT 1262 engine with no water hoses that are found on the Diavel. The cooling stream is bored into the cylinder walls, making the motor appear neat on the outside. It has a peak torque of 128.51 Nm at 5,000 rpm, and the torque output is consistently above 100 Nm from around 2,200 rpm. The XDiavel is the first Ducati to use a final belt drive. It will be offered in two variants - a standard model and an S version. The latter will be differentiated by glossy black exterior, machined parts including a different alloy wheel design, premium materials and the LED DRL inside the head lamp housing.