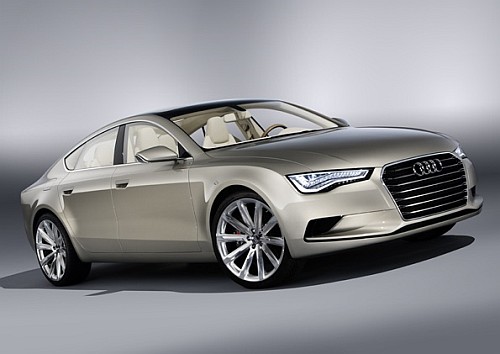 Audi A7 (above: Sportback concept) is for the stylish man looking for a Mercedes CLS

Audi has confirmed that the A7, scheduled for release in late 2010, will be launched in India immediately after the international debut. As Autocar India rightly puts it, the A7 is more of style and statement than practicality, features or comfort.

Introduced in concept form at the 2009 North American International Auto Show, the A7 is expected with a 3.0-liter V6 engine coupled to a 9-speed tiptronic transmission. Many rumors circulating on the internet, the strongest of them all is that they are gunning for a Geneva 2010 premiere, which takes place in the first week of March.

The Audi A7 is meant for the rich bloke who prefers to drive. His mates own cars like the Mercedes CLS, Volkswagen CC and dress stylishly.