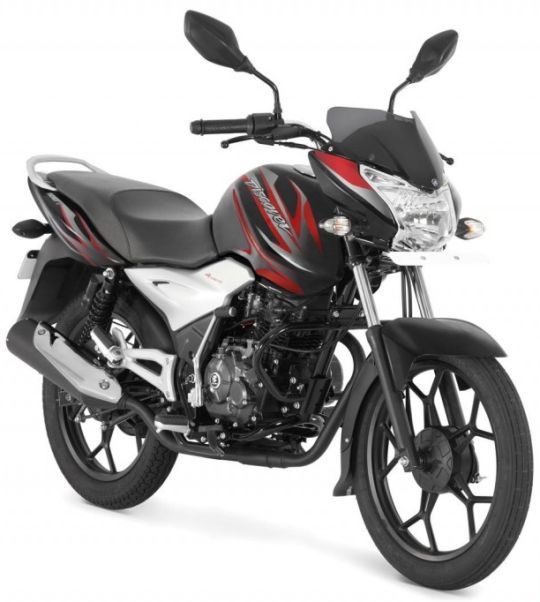 It's a well known fact that our neighbor Nepal depends on India for its automotive needs. Not only four wheelers but two wheelers in Nepal are also mostly imported from India.

The Bajaj Discover 100T is the latest two wheeler to venture into Nepal and acknowledge the aforesaid condition. The motorcycle emerges as the most advanced of all the 100cc commuter bikes in the market. It is powered by a 107cc, 4 valved engine which boasts of segment leading figures of 10.2 PS and 9.2 Nm.

The engine is mated to a 5-speed gearbox which is another rare feature in the segment. The deal clincher however is the claimed mileage of 87 kmpl.

The bike's design is adopted from the bigger Discover 125 ST. The bike is equipped with telescopic front forks up front and gas charged shock absorbers at the rear. Digital instrument console and starter motor are the goodies on offer.

The Bajaj Discover 100T is priced at 1.56 lakh Nepali Rupees (around Rs. 97,300). The steep pricing is a courtesy of the Nepali government's high import duties on automobiles.

Just like in India, the Discover 100T will have to fight it out with familiar rivals since most of the other Indian commuters are also sold there.