The Ashok Leyland Stile was unveiled in July but the van's market launch is still a while away.

A rebadged Nissan Evalia, the Stile is targeted at commercial operators and is expected in showrooms during the festive season. One of TheAutomotiveIndia.com forum members spotted the vehicle testing in Chennai with simple camouflage.

The test mule has no badges, the middle windows are covered to hide what has become obvious from the product unveiling, and the edges of the headlamps are hidden by black tape to interest those who haven't seen IndianAutosBlog.com's comprehensive image gallery of the vehicle.

Ashok Leyland must be doing a final pre-launch test to ensure that everything is working properly. Compared to the Evalia, the Stile has few updates like sliding windows for the middle row seats (Evalia has butterfly type windows), captain seats for the 2nd row, rear wash/wiper and defogger, AC vents for the second row and conventional glove box with a lid.

It's to be noted that Nissan is working on improving the slow selling Evalia and the upgrades found on the Stile can be incorporated in the name of addressing market feedback. 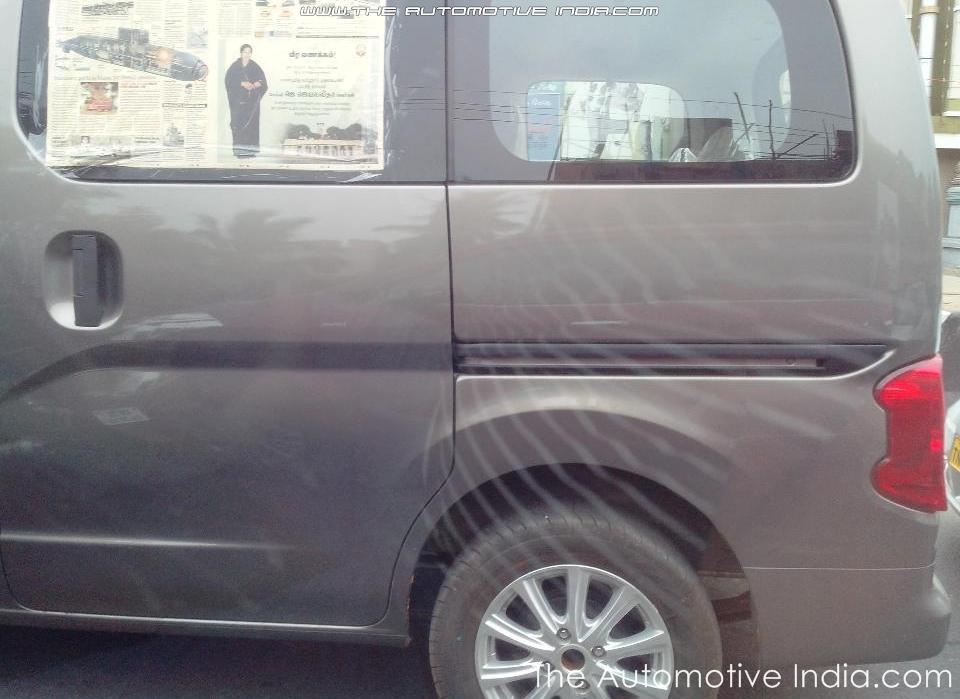 The Stile is powered by the detuned version of the 1.5 litre dCi (K9k) diesel engine dubbed as DIET. The motor produces 75bhp and is mated to a 5-speed manual gearbox. The van will be made at the Renault-Nissan alliance's Oragdam plant in Chennai, sharing its assembly line with the Evalia.

Expect the Stile to undercut Evalia by a considerable margin.