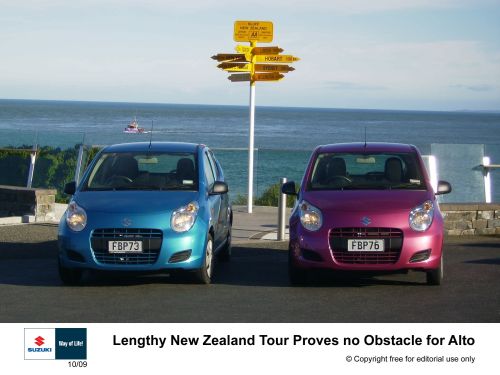 Joining the recall wagon is our own Maruti Suzuki and the problem is with the A-Star manufactured in India. IAB earlier carried a post in December 09 of the same problem in Netherlands (Suzuki A-Star facing lethal fuel systems).

The company has recalled about 100,000 cars manufactured between November 2008 and August 2009. It has identified a fault in the fuel pump gasket and O lining. These faults potentially cause a fuel leakage in case the fuel tank is filled to the brim beyond the auto cut off position. Yes, the sure shot way to avoid this problem is to never fill up your fuel tank to the brim, but now with the recall issued, we suggest you get the fault corrected should you get a notice from Maruti Suzuki.

The company has already sent out letters to customers who might face this problem and about 50,000 cars have been corrected since November 2009. This includes cars from India and overseas markets. That's being very proactive and customer oriented. Kudos to Maruti Suzuki and team.

In November 2009, we came across an anomaly reported in the fuel tank in some of the vehicles and by December 2009, we started contacting the customers through letters-

These vehicles belonged to a lot made till Aug 22, 2009 only. In case fuel is filled to the brim, beyond the fuel auto cut off position, a possible fuel leakage from the fuel pump mounting area may take place. No problem has been reported by customers.

When I first read the news on this recall, I had some questions and thoughts, which have been troubling me since.

In comparison to the Toyota recall or any recall made in the US (with notifications made to the federal administrator NHTSA), the process in India seems to lack a punch of seriousness. Could it have been more serious if these faults caused any loss to property or life? Yes, Maruti Suzuki have been proactive in sending out letters to customers and having the fault replaced on many cars, but from a process perspective, what stopped Maruti Suzuki from being transparent to the Indian market? Why haven't we seen a statement from the company in November 2009?

Could it be the Toyota effect? May be it was not the right time to announce a recall in Nov. 2009 as the effects of Toyota's recall could have had a direct impact on Maruti's reputation. The markets would have been indifferent to Toyota and Maruti with no consideration for the severity of the problem or the scale of recalls. Maruti would not want any share of Toyota's mess and so may be waited for the markets to get used to the "Recall" word.

Speaking of the delay in announcing the recall, I later read the interview of Mr. RC Bhargava, Chairman, Maruti Suzuki India. Speaking to CNBC-TV18, Mr. Bhargava's remark to a question on the delayed announcement was -

In India we wrote to all the customers through the dealers asking them to bring their cars for checking and we have not found any other case except the one which was reported where there was a fuel leak. Nevertheless, what we have been doing is that we have been replacing the gasket just in order to make sure that the problem may not ever arise in the future. We have been doing all this because we feel that as a responsible car manufacturer, we have to make sure that there should not even be a potential problem for the customer.

Sir, good to know that customer's safety is your priority, but I still do not understand why you could not have reported this in November 2009. Are only people who bought the A-Star your customers? Does the general Indian public not deserve to know that you are recalling these cars (not now, but in November 2009)? I guess every person (especially every Indian) is your customer at some point in time. For over 3 months starting November 2009, a majority of Indian customers, who considered and purchased the A-Star would have done so without knowing that you have sent out recall letters. There is a sense of morality involved in such cases. Corporate events such as these need to be reported on time. Not doing so also impacts your image. And that's all I want to say.