Honda Vietnam has introduced the 2017 Honda MSX125 at the Vietnam Motorcycle Show. The heavily revised mini bike gets a new LED headlamp, foldable key and a new angular design philosophy.

The two-step LED headlamp, LCD instrumentation and the 5.7-litre fuel tank which is 0.2-litre larger than the outgoing version are the main changes. The exhaust canister has been placed lower while the new chassis allows the fuel injection and electric system be integrated into the petrol tank frame structure without reducing the tank capacity.

The 2017 Honda MSX125 is suspended over upside down forks up front and a monoshock in the rear. Brakes include discs at both ends with 120/70 -12 and 130/70 -12 specification tyres in the front and rear respectively. The mini bike tips the scales at 104 kg.

The bike retains the 125 cc single cylinder, two-valve, air-cooled mill, which is coupled to a 4-speed gearbox. It churns out 9.8 PS of maximum power at 7,000 rpm and 10.6 Nm of peak torque at 5,500 rpm. Colour options include Red-Black, Grey-Black and Gold-Black combinations. 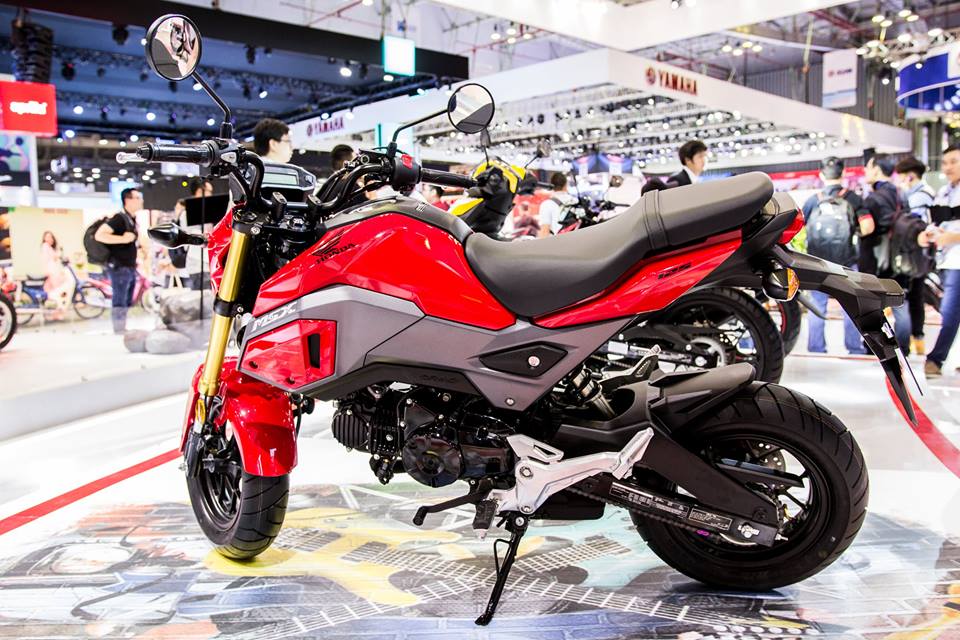