Expected to launch in India by June 2015.

The 2015 Audi Q3 facelift is on display at the 2015 North American International Auto Show (2015 NAIAS). The refreshed Q3, announced in November 2014, will launch in India by June this year. Like the new Q7, the refreshed Q3 is given a Singleframe grille. Redesigned headlights with LED elements, new bumpers and alloy wheel patterns sum up the exterior changes to the smallest SUV in Audi's portfolio. Audi is also offering LED taillights and dynamic turn signals (optional) on the updated Q3. Inside, there are no changes to the dashboard of the crossover. In terms of features though, the Q3 now gets a power tailgate and a luggage compartment package. The four-cylinder TSI and TDI engines powering the Q3 abroad are tweaked slightly for better CO2 emissions. Audi claims a drop in emissions by 17 percent. Audi's Cylinder-On-Demand technology is also available on some of the engines. 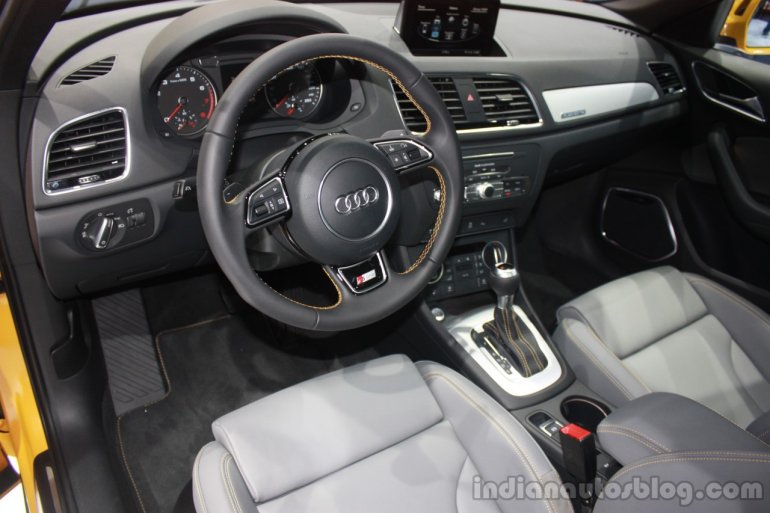 In India, the Q3 is available with a 2.0-liter TDI engine. It is assembled at the Aurangabad plant in Maharashtra by way of CKD kits, and this arrangement will continue with the launch of the refreshed version as well.

[Head to Slideshare if you can't view the press release.]