Interiors of the 2014 BMW X5 exposed through spyshots from China

The fully redesigned 2014 BMW X5 has been spotted testing in China revealing many new details well ahead of its world debut at the Frankfurt Auto Show in September 2013.

If you look at these latest spyshots uploaded by a Weibo user, you will immediately spot recognizable design cues it shares with the Concept X4, the production model of which will sit right below it next year. It has a prominent front grille thanks to the exposed front nose in the camouflaged test prototype.

The replacement model is expected to be larger and more powerful.

But the biggest revelation brought forward by these snaps are the car's interiors. The dashboard features a LCD screen that pops out of it as opposed to a built-in display as seen on the current generation.

The dashboard and central console feature plenty of fake wood inserts. The seats and doors are trimmed in chocolate brown leather. The iDrive controller appears to be a bigger dial which should take gesture based inputs. Front seats also appear to have added thigh and side supports.

The dashboard hump above the speedo and tacho dials, right behind the steering wheel, appears to have been subdued.

The 2014 BMW X5 would be more than 100kg lighter than the ongoing model. Exact powertrain details are not known yet but the lineup, from an Indian perspective, is likely to feature a 2.0 litre diesel generating 245hp and a 3.0 litre diesel with 302hp. 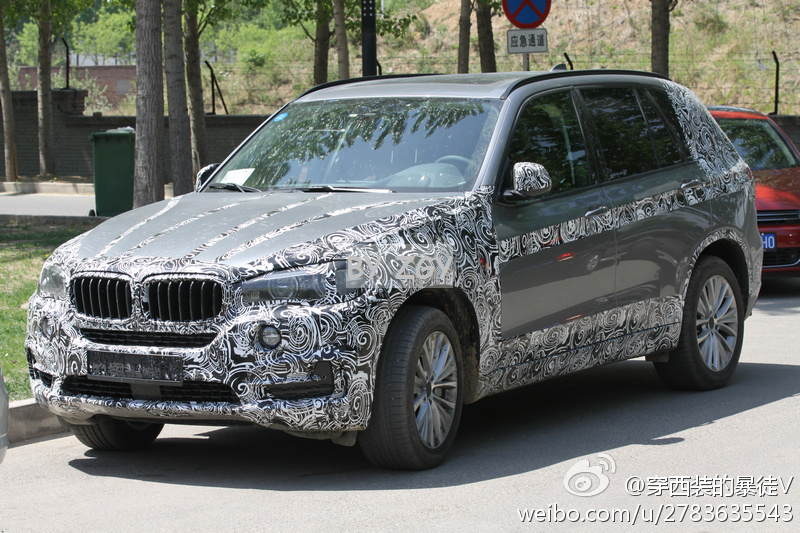 High end variants may be powered by a larger twin-turbo 4.4-litre V8 engine producing 402hp mated to an eight speed tiptronic transmission. A hybrid version is also reportedly in the mix. In China, the 2014 BMW X5 is expected to be showcased at the 2014 Beijing Auto show. The incoming car could be a tad more expensive than the current model.