More news has started flowing in on the 2014 Audi A4. Just to bring everyone up to pace – Audi is presently testing an Audi A4 facelift. The idea is to bring it on par with the current generation Audi A6 and A8 in terms of design and performance.

But the car we're dealing with in this news update (rendered below) is the next generation model that will succeed the A4 facelift. 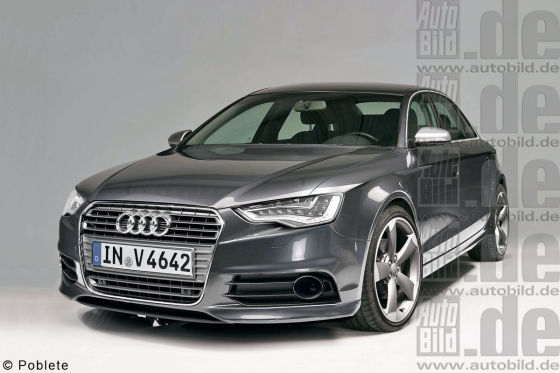 It will definitely have both petrol and diesel variants. Although no definite information is available on the engine options, Autobild is predicting that the Petrols will have power ranging from 150 to 350 PS and the diesels will have 150 to 300 PS.

To please the green party, both engine options will be fitted with stop/start system, brake energy regeneration and a thermal energy recovery system.

The company is also expected to drop a hybrid with an electric motor into the next gen A4 that will enable the car to drive for 30 to 60 km on electricity alone. It will have an all-wheel drive system called the e-Quattro which has no mechanical connection between the axles.

IndianAutosBlog.com feels many people aspiring for an Audi will find the A4 the easiest to access. Running costs could be one of the repellents for higher sales, and the cheaper CNG variant could make aspirants feel more comfortable to deposit their down payment.

With the luxury car market projected to explode in the next ten years, manufacturers will have to offer different kinds of fuel choices to suit every taste and budget.