Wat to expect from LAMBORGHINI for the Paris Motor Show? 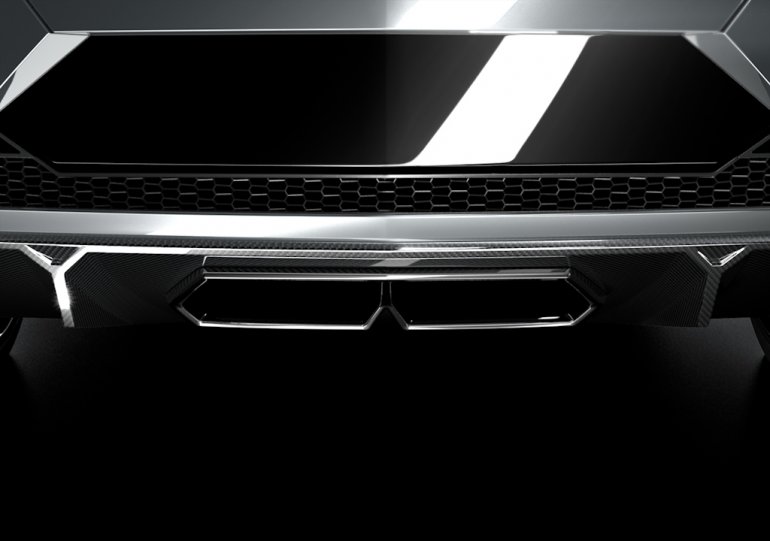 Lamborghini will have its usual lineup of awesome suprecars. The star of the pack however, will be the unveiling of the 'Mystery' Supercar that Lamborghini is going to premiere. lamborghini has released two teaser images of the this supercar which we reckon will be based on the Murceilago. This we think, will be the last incarnation of the Murceilago before an all new model arrives. Lamborghini has already extended the life of its flagship Murceilago which has seen variations like the Murceilago Spyder, LP-640, LP-640 Spyder and the hypercar Reventon. But our predictions were all wrong since this is Lamborghini and they like to surprise us.

Lamborghini has also called it this "Its not just a new Lamborghini. Its a new world.

What we see inside is the Lamborghini Urus, a four-door, front-engined, super saloon to compete against the Porsche Panamera and the Aston Martin Rapide. The engine is unknown at this point, but sources say it lies behind the front wheels and turns an all-wheel-drive system. But for us, the big story is the name "Urus," a Latin word with Germanic origins used to describe a very large type of cattle prevalent in Europe until their extinction in 1627. So basically — it's German for "big cow." How fitting of a name is that for a big cow of a four-door car from the now-German-by-ownership Lamborghini? We'll be there live at the Paris Motor Show to see it revealed.

Automobili Lamborghini S.p.A. has once again attained record financial results, for the first six months of the financial year 2008 (which ends 31/12/2008). All major indicators such as deliveries, turnover and profit before tax have clearly risen again. The company has reconfirmed its position amongst the most profitable automobile brands in the world.

In the first six months of 2008, the tradition-rich automaker located in Santa Agata Bolognese, Italy, has delivered 1309 cars, which represents a growth of 5.7% compared to the same period of 2007 (1238 cars).

Growth and profitability were driven by three main, mutually-enforcing factors. With a long history of legendary models, the company today has the latest and most attractive model line-up ever. The global introduction of another new model in spring this year, the Lamborghini Gallardo LP560-4, has resulted in a highly favourable market reaction and further added to the product portfolio's appeal. Alongside product development, the company places persistent emphasis on expanding and moving upmarket its dealership network. At the same time, key brand indicators continue to rise, including general awareness of the marque, its appeal, and the value of the Lamborghini brand with customers and in the public.

The President and CEO of Automobili Lamborghini, Stephan Winkelmann, commented, Only three years after the turnaround of the company and after several consecutive record years, we are in a good position to achieve another record year. At the same time, we are proud of having established our luxury car brand within the elite group of highly profitable car manufacturers. But we have not finished our job, and remain relentlessly committed to growing both profitability and our international brand presence.

To further reinforce Automobili Lamborghini's global and profitable growth, the world-wide dealer network will see on-going expansion. With eight new dealerships opened in the first half of 2008, Lamborghini dealers number 114 today, compared to 65 in 2004.

The demand in 2008 for the Murceilago and Gallardo model variants remains strong, with additional demand created by the new Gallardo LP 560-4, altogether resulting in record figures for the first half of FY 2008

The official press release and pictures will be available from 1 October, 21.00 hours Central European Time, and available during Paris motor show press days.
We welcome you to the Lamborghini stand on press days, 2 and 3 of October.
Hall 4, stand 110.