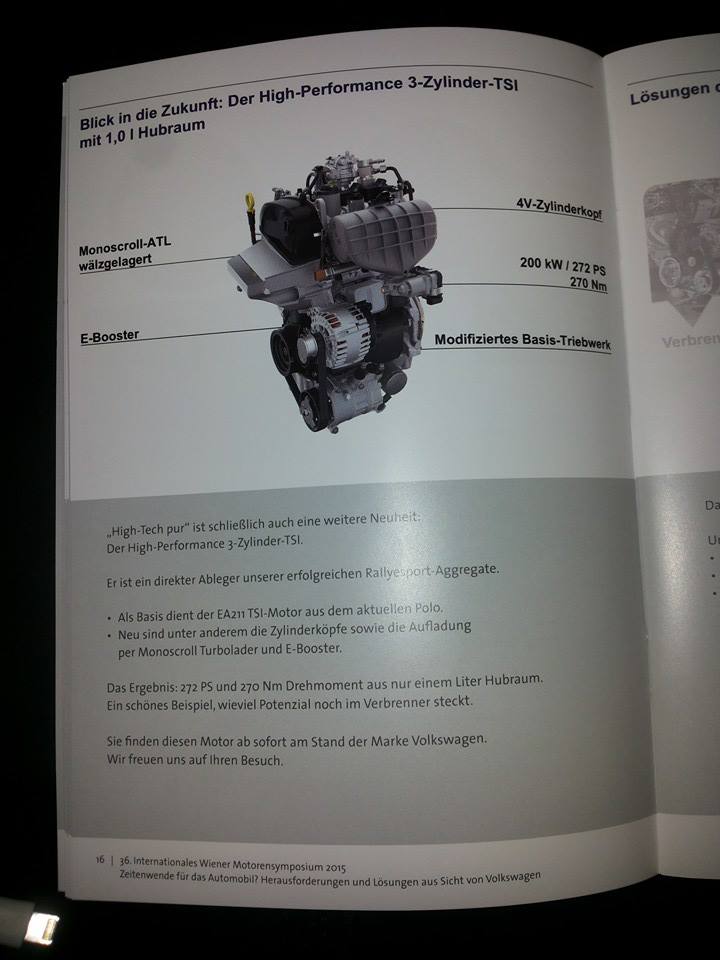 In addition to the engines mentioned below, VW has also showcased an all-new high-performance engine based on the 1.0-liter TSI that powers the Polo. This unit gets a Monoscroll turbocharger and an E-Booster system to make 272 PS and 270 Nm of torque. This unit could be used for the VW Rally Polo.

VW is showcasing a new range of engines at the 36th Vienna Motor Symposium which will find their place on future VW and VW Group products.

A new 6.0-liter W12 TSI petrol engine with 608 PS and 900 Nm of torque was unveiled, with media reports claiming that it could power the forthcoming Bentley Bentayga SUV, the new Audi A8, the successor to the VW Phaeton and other models in the Bentley brand. This engine has the potential to accelerate a vehicle from 0-100 km/h in under 4 seconds and a hit a top-speed of 300 km/h.

A new 2.0 TDI engine 4V engine was also showcased, and VW announced that it will debut on the new Multivan and Transporter models from VW Commercial Vehicles. Further details are available in the press release below the gallery.

Also read: VW India to launch 4 all-new models in the next 24 months