Volkswagen Voyage- Could this be the Fiesta, SX4, Verna Killer? 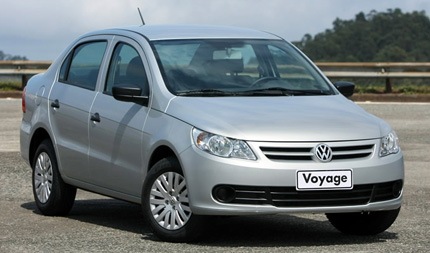 Volkswagen recently released its new sedan- The Voyage in the South America. VW Voyage is an entry level, low cost subcompact car, which we think has the potential of seizing the market which the Ford Fiesta, Maruti Suzuki SX4 and Hyundai Verna and Honda City presently dominate.

With the introduction of the Fiat Linea and the 2009 Tata Indigo, this segment should get crowded even more, but that will work in favor of VW as it's main strength is VFM, which is unbeatable. You will agree with me on this once you finish reading the story.

The car's styling isn't its high point, but we Indians are those who look beyond the skin, or beneath the skin rather, when buying a car. If we look one segment higher, we infer that cars like the Toyota Corolla (which looks simple) and Skoda Octavia (which was designed a long time back) have been accepted in the Indian market, which strengthens my point.

The VW Voyage is having a great time in Argentina and Brazil, if released here, it would challenge the competition in a big way.

In the South American market, the Voyage is competition to Renault Symbol, Fiat Linea, and the Chevrolet Corsa Sedan II. Recently in our blog we featured the Renault Symbol which is coming soon to India. The Voyage, if launched in time, will surely keep the segment pacing.

The engine which will be a 1.6L Petrol producing 101 Bhp. The equipment list is very interesting- head later, the driver's seat adjustable for height, folding rear seat, CD MP3 radio, and electronic immobilizer all offered on the base version.

On the models forming the rest of the line up(the Comfortline, and Advance Conceptline) , the Voyage is notable for having the best options, which include: the SD card reader, Bluetooth, multifunction steering wheel, 15 inch alloy wheels, dual airbags, anti-theft alarm, rear spoiler and ABS.

With a boot space of 480 liters and the total length is 4.2 mm, its price wanders in the Rs.7-9Lakh bracket. For a 9-Lakh car, this is the best package you can get. Period.