Indonesia - Toyota Innova Facelift to be launched on August 19

Thanks to our friends at Autonetmagz, we were able to show our readers the Toyota Innova Facelift that was spied in Indonesia. Apart from showing you the refreshed front and rear, a screenshot of a press image was also available, hinting that PT Toyota Astra Motor, the Indonesian subsidy of Toyota, could launch the facelift soon. 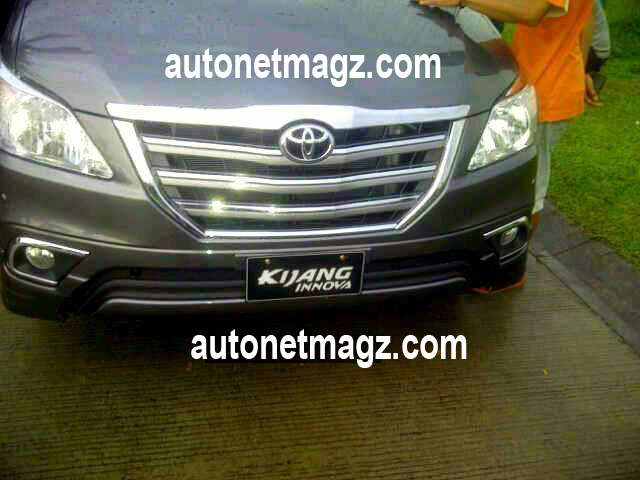 Apparently, 'soon' translates to August 19th, the coming Monday, for that is when the facelifted Innova would be launched in the Indonesian market. Otosia.com reports that the Japanese car maker has already sent out media invites for the launch taking place in Jakarta on Monday.

The Innova will be getting a bolder and larger grille along with a newly designed front bumper. At the rear, Toyota seems to have added a chrome embellishment stretching across the bootlid with an additional set of reflectors. A mildly tweaked rear bumper is also visible. The Indonesian media report that safety features such as dual airbags and ABS would be available on a few middle level variants as well (currently they're available only on the top-end variant).

While Toyota Kirloskar has no problems selling the Innova and a facelift is not exactly needed, we assume that India could get the refresh rolled out next year, preferably at the 2014 Auto Expo in February. The facelift will serve for another two years and an all new Innova is due sometime in 2016.