The JK Tyre Racing Championship is in its 17th year

Note: This story is an advertorial.

The Championship, currently in its 17th successive year, has been growing in strength with each passing year. With new classes being introduced to encompass a wider range of drivers and technological advances being introduced year on year, the Championship boasts of being one of the most sought after racing events in the country. Races will be held across three categories namely- JK Racing India Series, the Volkswagen Polo R Cup and the Formula LGB 4 over the race weekend. 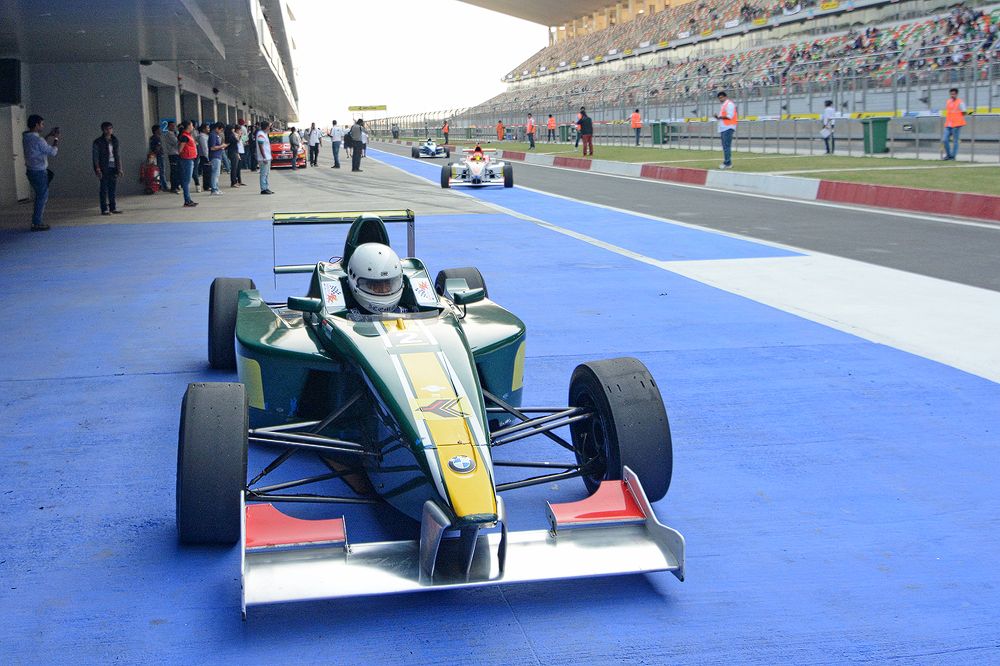 It’s pertinent to note here that JK’s racing program, which starts from Karting and graduates to domestic and then international racing is the only one of its kind in the world where a promoter infuses substantial capital to develop infrastructure and promote motorsport to find and nurture young talent in an endeavor to put India on the international map of racing. The JK Racing India Series is a striking example of the same.

There is a strong contingent of talented, young drivers who will stake their claim for racing glory and fireworks are expected in the JK Racing India Series. The series, which made its India debut last year, was the highlight of the championship. JK Tyre has created opportunities for 12 of India’s best racing drivers below the age of 18 who have been National Karting and Racing Champions to showcase their talent by providing them with sponsored drives in the series.

JK Racing India Series features powerful FB02 cars, sporting a Mygale chassis and powered by the 1.2 litre BMW bike engine and runs under the tutelage of world’s elitist racing outfit- Team Euro International owned by Mr. Antonio Ferrari. The car is made of carbon-fibre Kevlar, which has been proven to be of the highest safety standards. With these cars capable of reaching top speeds of 230km/h, superfast, high adrenaline action is a guarantee at the Kari Speed Motorway.

Drivers forming the grid of JK Racing India Series are the FIA Young Driver winner, Akhil Rabindra, who is also driving in the Formula Masters, as well as the young National Karting Champions like Krishnaraj Mahadik, Akash Gowda, Tejas Raman, Ameya Bafna and Nayan Chatterjee. In addition, the 2012 VW Polo Cup Champion, Sandeep Kumar from Chennai, who drove in the VW Scirocco Cup in Europe last year & 2013 Polo R Cup Champion Raahil Noorani from Mumbai, are also taking up the challenge in the FB02 Class in the 2014 season.

The finest tin-top racing available in the country today is the JK Tyre-Volkswagen Polo R Cup, which has guided the likes of Aditya Patel and encouraged drivers like Armaan Ebrahim to take up World GT Racing at the highest level. The international exposure it has provided to young drivers in the last three years, namely Sailesh Bolisetti, Oshan Kothadiya Sandeep Kumar, who went on to participate in the VW Scirocco Cup, are shining examples of Volkswagen’s efforts towards developing the country’s top racing talents.

20 young drivers from across the country are chosen through a rigorous selection program. The current lot has just undergone fitness training sessions at the fitness camp.

The JK Tyre-Volkswagen Polo R Cup India program is so tailored that even rookies can challenge for podium positions, as well as contend for the title. The in-depth training offered by expert driver coaches, ensures that their skills are honed with each race. The TSI Race Polo has a 1.4 litre direct injection, 4 cylinder engine which produces 180 hp @6200 rpm. Doing away with a manual gearbox, the Race Polo is upgraded with a Direct Shift Gearbox (DSG).

The Formula LGB 4 category is the first step to single-seat racing after karting and remains the most economical single-seater racing available anywhere across the world. The Formula 4 has a frame made entirely of chrome molybdenum tubing and it runs on a carbureted 1298cc Suzuki Swift engine and an Esteem 5-Speed Gearbox.

It’s every emerging, talented driver’s dream to earn a drive at the JK Racing India Series and hope to win it, as the winner of the JK Racing India Series gets international exposure in Formula 3 with no less than Team Euro International. The young Karters who steal the limelight at the 2014 racing season can look forward to joining single-seater racing, Formula LGB 4 and the Polo R Cup and being a part of this ‘Dream’.

For all the latest news, photos, videos, and updates, please visit us at:

We spoke to Mr. Sanjay Sharma, Chairman, JK Tyre Motorsports to learn his views about this year's races.

Q1: Could you tell us how this year's championship is different from last year?

Ans. The races have got more intense. The competition has got tougher. And, the fans have increased. To give our competitors in the FB02 series a tough competition and a taste of international level racing we got our brand ambassadors Armaan Ebrahim and Aditya Patel to participate in the race and start from the back of the grid in this round. We introduced superbike racing from this round, so we keep adding something new.

Q2. Your company's aim is to take motorsport to the masses. How successful you have been and what more would you like to do in this regard?

Ans: Yes, we always did intend for the sport to reach the masses, because motorsports does indeed have it all. The adrenaline rush. The glamour. The competition. The technology.

not only in terms of participation but also watching and enjoying the sport.

We are trying to reach out to people through various mediums including digital, and I am happy to say that we have got a great response