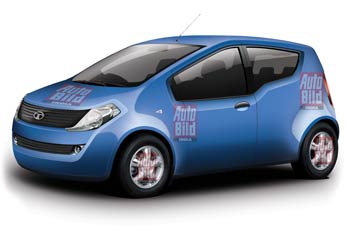 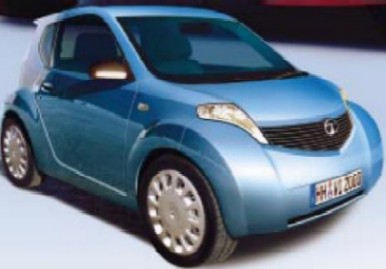 On the pages of the latest edition of AutoBild magazine, information and an artist rendering of the Tata Dolphin has appeared. The Dolphin project that attempts to fill the gap between the Nano and Indica Vista in Tata's product portfolio following the demise of the Indica from major metros.

We earlier speculated using our own rendering on how the vehicle will sport Jaguar styling and won't look like a bloated Nano. But AutoBild (which has the habit of illustrating vehicles with startling accuracy well in advance) suggests a different image.

The car in contention looks very close to the concept which Tata unveiled many years ago (the car on the right, we're still looking up the name of this concept, which hasn't featured on the company's concept car page).

The Dolphin will probably have a 1.0-liter petrol engine and an oil burner displacing a similar volume. It is very early in the game to predict anything else, but we'll keep an eye out for more details.