Confirmed to launch in Europe in January 2017.

Suzuki of Europe is showcasing the Suzuki Ignis at the 2016 Paris Motor Show which started for the media today. Suzuki have also confirmed the European specifications and features of the Ignis, which launches in the old continent in January 2017. 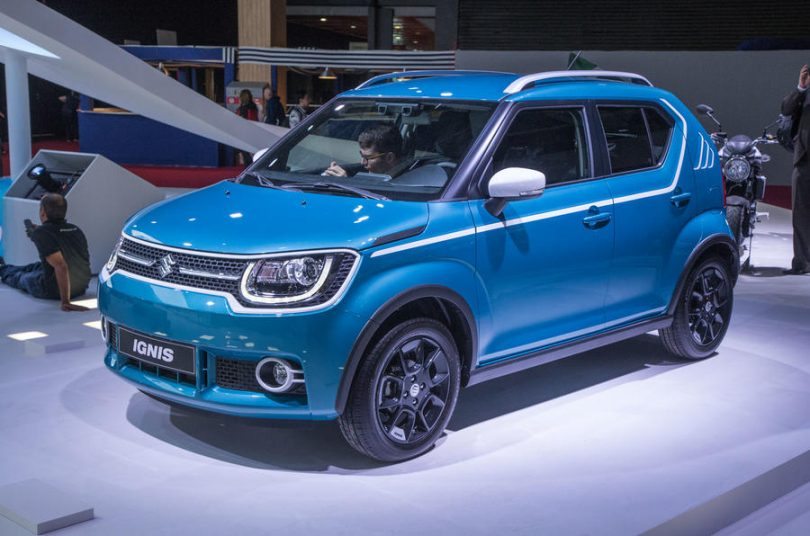 Suzuki have confirmed that the Suzuki Ignis for Europe will be powered by the 1.2-liter DUALJET (K12C) petrol engine with the SHVS (Smart Hybrid Vehicle by Suzuki) mild hybrid system. However, the power and torque outputs are yet to be released, though this engine makes 90 PS and 120 Nm of torque on the Baleno SHVS.

However, Suzuki have confirmed that the Ignis will get 5-speed MT and AMT (AGS) gearboxes, even for the European market. Also, the ALLGRIP 4WD system will be made available on the Euro-spec Ignis, Suzuki confirmed. Other features confirmed for the Euro-spec Ignis include LED headlamps, touchscreen entertainment system with navigation, Bluetooth, USB, AUX-in, Android Auto, Apple CarPlay, MirrorLink, sliding rear seat, and a choice of 14 body colors including five two-tone colours (with a black roof). On the safety front, aside from the usual array of airbags and ABS, the Ignis for Europe gets ESP, Dual Camera Brake Support (DCBS), lane departure warning, and weaving alert.