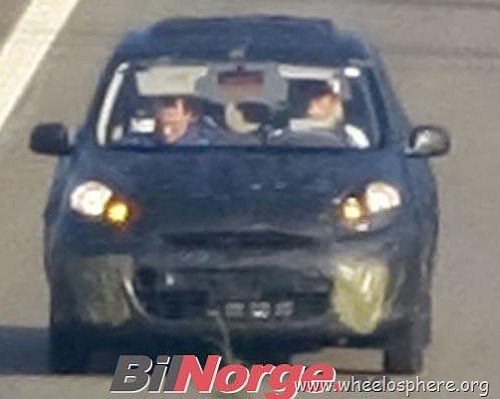 The new Nissan Micra is set to arrive next year. 0.9-1.5 liter engines are rumored.

The next generation Nissan Micra which will be produced in five countries and exported from India to over a hundred countries was caught testing in Norway. Nissan-Renault's V-Platform will form the basic structure of the new Nissan. Gasoline powertrains will displace 0.9-1.2 liters. We expect Nissan to offer the 3-cylinder 1.2-liter engine when it hits the market next year.

A 1.5-liter diesel engine is also in the works for a later date. It reportedly uses a turbocharger which bumps up peak torque to 200Nm.

Nissan has said it reduced the number of components on the Micra to a considerable extent. This contributes to the performance and fuel economy of the car.

More details are expected in the coming weeks. Stay tuned.