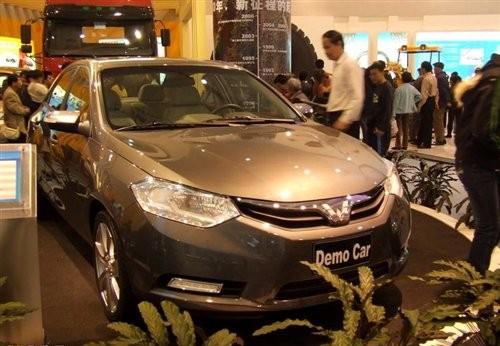 Codenamed GP50, the new midsize sedan is going to be pitted against the Guangzhou-Honda's upcoming self-developed midsize car. SAIC-GM-Wuling is planning to complete formalities within August and sanction it for production by the end of this year.

There has been widespread speculation about the GP50 being based on the Buick Excelle (old Chevrolet Optra) platform. Styling can be expected to be sharp and edgy as the Chevrolet Beat.

Indian Autos Blog feels GM could bring the GP50 to India but would not sell it with 'Tavera' brand name, which GM is planning to tag its SAIC commercial vehicles with. We expect the new GP50 sedan to be selling as a 'Chevrolet' alongside the low cost hatchback and possibly produce it at the Talegon facility along with the new GM-Wuling's  low cost car speculated as the Nano's competitior.

GM India could possibly position this new sedan between the upcoming Chevrolet Aveo and the Chevrolet Cruze. GM India could also retain the Optra badge for this vehicle, possibly market it as the next generation Optra.