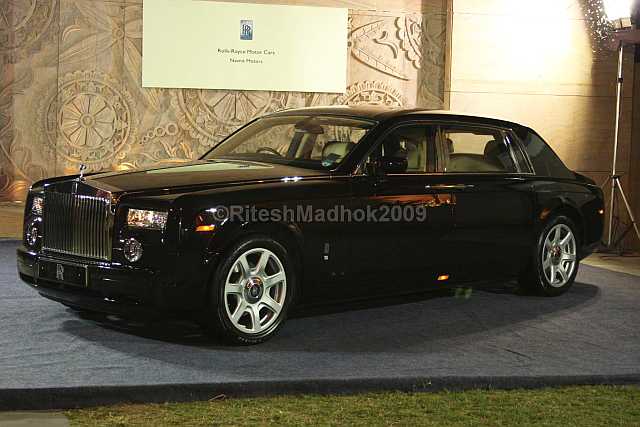 The Phantom Coupe is the most driver-oriented model in the current line-up. It completes the Phantom family, adding to Phantom, Phantom Extended Wheelbase and Phantom Drophead Coupe

I cannot say that we are not affected by the global meltdown, but we are buffered because we cater to an exclusive group. Our sales volume for 2008 was up by 20 per cent, despite the economic situation

The US constitutes about 40 per cent of our market

Priced at Rs 4-crore (Rs 40 million) in India, the Coupe can be customised (but not modified) and allows buyers the option of choosing from 44,000 colours.

Customisation of the car takes up to three months to be delivered from the date of order, Matthew said.

He said three Coupes were sold in India in 2008 and the company was already in talks with a party here to book one this year.

"We have recently invested Rs 284.74-crore (Rs 2.85 billion) into our manufacturing and head-office facility at Goodwood, UK. This is in preparation for producing a new model that will sit alongside the current Phantom range," a company spokesperson said.

The company is to begin production of a new Rolls-Royce model, codenamed RR4, in the UK in 2010, a company statement said.

Ritesh Madhok, who attended the launch function, has got back to us with some awe-inspiring photographs. He is not making his first appearance on IAB, with his Mercedes Benz Golf Award coverage he won our hearts with his work. We thank Ritesh for the photos, and I'm sure all you readers will too.