Rendering - Face of the Audi Q3 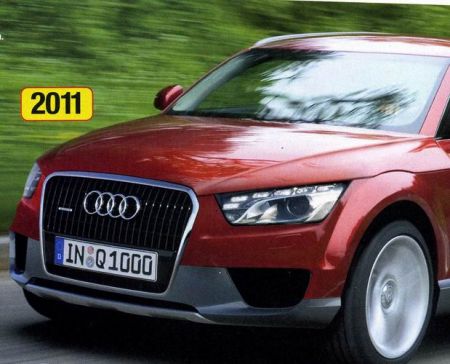 The Audi Q3 is set to be tagged as a budget SUV that should be priced at around 30 lakh rupees if it makes it to India in 2011-12. It will be priced to take on the likes of the Ford Kuga.

The Audi Q7 is already here and the Q5 will be announced on the 4th of next month, so we're positive about Audi bringing the Q3 to India as well, and sources in Audi have also informed us about the same.

The Audi Q3 concept was shown at the Barcelona show that went by. It will be produced in Spain in 2011. We've even provided a rendering of Audi Q3 here before, if you did not know.