Starting at Rs.7.19 lakhs, the Renault Duster according to some users of the internet, was not a price warrior. Whether or not the Duster is priced correctly, it has started off very well with 6,000 bookings mopped up in the first week of its launch. This is great news for Renault India. 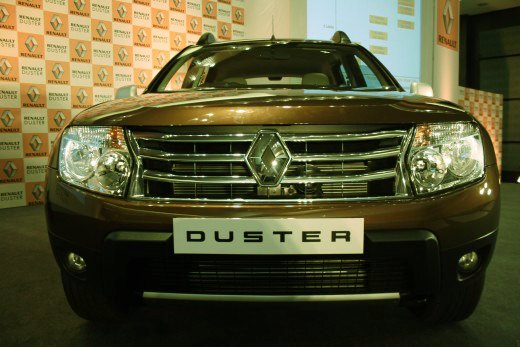 Whenever a car gets that many bookings, there arises a pleasurable problem for the manufacturer, which is the delivery time. The waiting period for the Duster currently stands at 2 months.

We have heard stories about how people cancel their booking and move on to the next car that is readily available. In the Duster's case, there is no other compact SUV in the market to move on to, so Renault is playing the game in god mode.

The Duster won't be the only car lapping the circuit as Mahindra's mini Xylo, wearing the clothes of an SUV and Ford's global mini SUV EcoSport, are ready to pounce on to the scene in the next 6-8 months. The Tata Safari Storme and the Mahindra Scorpio are fallback options, but they are either a bit old or don't qualify as mini SUVs.

At this point, the key for the Renault lies at its Chennai plant. Renault has to increase production in order to meet the demands as the plant also has to begin exports to the UK later in the year. The company plans to sell 30,000 cars in 2012 with the Duster sitting at the helm. A rebadged Nissan Sunny called " Scala" is also on the way.

If Renault has to improve its market penetration, it has to beef up presence in Tier 2 and Tier 3 cities.