Compared to the regular Mahindra Thar, the Mahindra Thar Wanderlust has more off-road-oriented styling and capabilities. It has an entirely new body, but visually it is not all that different from the Mahindra Thar Daybreak Edition. Think of it is a more civilised, plusher variant with toned-down aggression and sportiness.

The Mahindra Thar Wanderlust features LED projector headlamps, eye-catching electric blue matte paint, gullwing rear doors, high-mounted tail lamps slightly reminiscent of the original Mahindra Scorpio, silver roof rails and a power sunroof on the outside. While the Thar Daybreak Edition had 37-inch tyres, the Thar Wanderlust is hoisted on 35-inch tyres. The suspension setup is not different from the regular Thar, but customers do have an option of a lift kit. 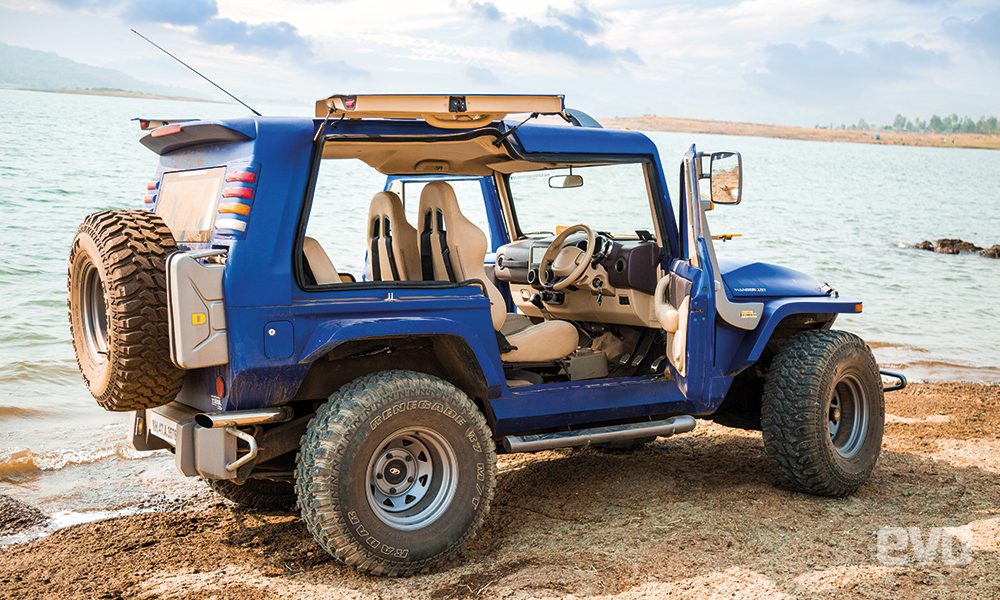 Also See: This is India's most powerful Mahindra Thar

Inside, the Mahindra Thar Wanderlust’s equipment highlights include dual-tone colour scheme, leather upholstery, suede carpeting, sports pedals, Android-based aftermarket touchscreen infotainment system with navigation from Pioneer, mood lighting and a head-up display. Under the hood, is the familiar 2.5L CRDe that produces 105 bhp at 3,800 rpm and 247 Nm of torque at 1,800-2,000 rpm. A 5-speed manual transmission is standard.

Don't forget to check out this Mahindra Thar modified into a Hummer lookalike.