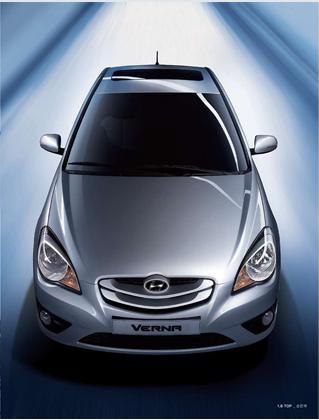 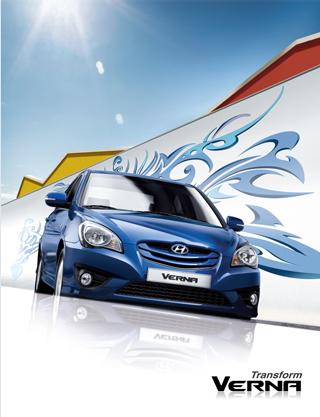 Sources tell us that Hyundai will launch the facelifted Verna by the end of this year. The Verna Transform was launched last year in Korea with new headlamps, grille and bumper.

Reactions were mixed at the time of the launch. Many believed that the new Verna had lost touch with its family members. Compare the new Verna's image with any of the modern Hyundais and "Fluidic sculpture" design approach, which is Hyundai's biggest strength, doesn't feature on it.

When we called up Hyundai regarding the launch date of the vehicle, this is what they told us -

We don't disclose information on future launches. We don't comment on speculation.

When Ford facelifted the Ikon in 2008 and added a diesel motor, the design team was able to somewhat apply "Kinetic design" philosophy to its front-end. This gave the old workhorse something in common with the modern Fords. Moreover, it was like Ford telling us the Ikon is very relevant and is as capable as the more recent Fiesta or Fusion, despite being ten or so years old.

Perhaps Hyundai tried adding a touch of the "Fluidic sculpture" design and felt it didn't suit the vehicle? The competition is going to turn very fierce when the Polo sedan (which looks a million dollars) enters the arena along with the Nissan Micra sedan, possibly next year.

External differences on the Korean market model include a different radiator grill, bumper, quadra-exhaust and headlamp. Interiors receive a dose of new items like a different mp3 player/radio, speedo and tacho dials and ipod connectivity facility. There is no change to the powertrains.

The new Verna isn't very pleasing to the eyes. When we see it flesh, we don't think we'll change our minds.