The Honda City has just gotten itself a sports version in Brazil called the Honda City Sports. The City Sports does not boast of any mechanical changes to make it go faster, its purely cosmetic inside and out.

The Sports edition is based on the base model of the City called the DX in the local market. The front grill has been painted in matte black color while the headlight unit features a 'black mask'. The Sports version also gets the 16-inch alloy wheels from the top-end variant. At the rear, the City Sports gets a chrome exhaust tip (which is standard on the higher variants of the City sold in India). Inside, the Sports version gets its pedals with a silver finish while the seat fabrics themselves are in a dual tone black-silver color. On the features front, the City Sports gets dual airbags, ABS with EBD and disc brakes on all four wheels. It misses out on a music system which is available in other models higher up.

The Sports will be available in the Red Rally Solid color that you see here, apart from Silver, White, Black, Palladium Gray and Irridium Gray. 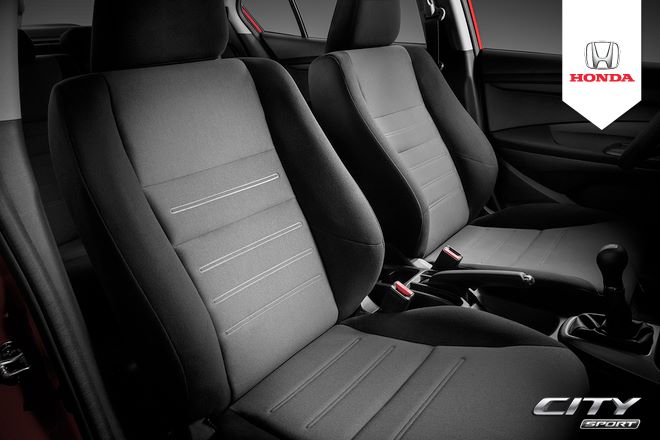