Force Motors have announced that they would launch a premium MPV this financial year. 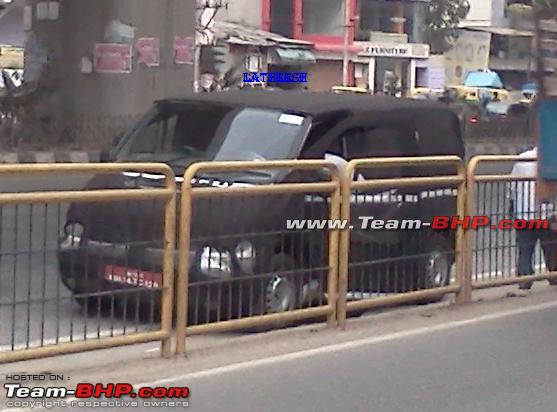 We all know that the proposed MPV is going to be rebadged Mercedes vehicle. The Mercedes Viano emerged as the natural candidate. The earlier spyshots of the heavily camouflaged test mule had us convinced that it is indeed the Viano, which is still on sale in the international market.

However, the recent spotting of the test mule begs for a correction in the claim. It is not the Viano but its predecessor, the Vito! The Vito is popular as a commercial panel van but there was also a passenger version which then went on to become the Viano in its next generation.

Coming back to the force MPV, the test mule bears a striking visual resemblance to the first gen Vito and not the Viano. The first gen Vito came into existance in 1996 and stayed till 2003. Yes, Force Motors is basing their premium MPV on a Merc that was phased out a decade ago!

The recent spyshot of the vehicle was taken in Bengaluru by Teambhp.com forum member Mr. Latheesh.

The upcoming MPV is expected to be powered by the 2.2 litre FMTECH diesel engine which is also sourced from Mercedes. The engine develops 140PS under the hood of the Force One.

Lower variants could make use of the 129PS 2.2 litre BS3 engine that will be borrowed from the Traveller. A bare bones variant of the One with the BS3 engine will also be launched soon.