In the second part of our coverage on upcoming launches, we present you probables from the stables of Ashok Leyland, Audi and Mahindra. 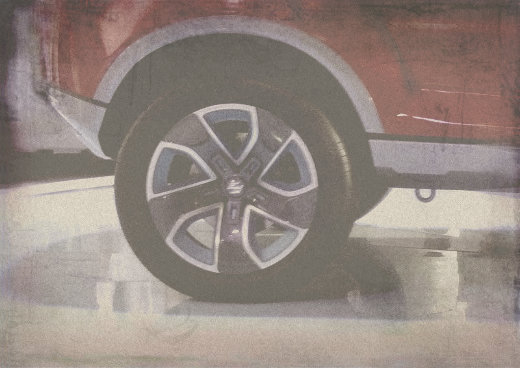 Among these, Ashok Leyland is the virgin player as it has made heavy trucks and buses throughout its history.

Audi, riding on the back of the Q3's success, is already thinking up plans to launch the next 20-lakh-segment vehicle. Finally, Mahindra will launch competitors for the Maruti Swift Dzire and the Renault Duster, and without a doubt, wage a price war.

This is an offspring of the Ashok Leyland–Nissan partnership. The name 'Stile' should not build up suspense as it is just a rebadged Evalia for special applications in the commercial segment. We showed you the first pictures from its Auto Expo unveiling; some of us think that it looks a tad better than the Evalia. Wait for the Evalia to launch later this month and you’ll guess the price of the Stile.

Can we call it the people’s car of the luxury segment? The A3 hatchback is not going to reach here anytime soon, so it would be the duty of the sedan to build the brand strength of the Audi A3 in India. We hope to see good quality, reliability and the cost benefits of using the MQB platform (which will be localized in India for future Volkswagen and Skoda products). The low-priced compact sedan with the four rings can welcome more Indians into the world of luxury cars. Read more about it here.

The 'S' replacing the 'A' might seem like a usual typewriting mistake but this is not what you think. Overall changes to and under the skin of the car are significant to place the S6 as a flagship of the A6 lineup. The idea being similar to the S4, the S6 will sport a 4.0L V8 under its hood propelling it to 100kmph from a standstill in under 5 seconds. The S6 may be inexpensive and has the practicality to be driven everywhere, everyday, but will the lack of a diesel option hamper its evolution in sales?

The rising petrol prices in India and the ecological calamities in Japan and Thailand has ruined plans that Honda had with the launch of its mass-market products last year. The changing preference in fuel this year has reportedly forced it to quell plans of launching the new Civic, and the situation may turn the Accord into its second victim. Honda has sharpened its focus on the Brio and City and come Diwali, expect the Japanese company to launch a City CNG with no change except for its capability to run on the alternate fuel.

The Xylo is a success for Mahindra, but the formula of 'same features for low price' did not topple the segment king Innova. After spinning off pickup trucks and variants for commercial applications, Mahindra has found a way to make an SUV on the same platform. With a new engine, an unbeatable price tag and compact footprint, can the Quanto prove to be enough value for customers to forgive or forget about its confused identity?

The recently launched Verito facelift is just the start of the reborn Logan's revival as Mahindra prepares to go the Maruti way by shortening the boot to lower the car’s length to under four meters, thereby arriving at a lower starting price. Can the 'Verito CS' consolidate the success of the Verito and find a way to recreate the new Dzire's effect on Maruti?

In the final part, the discussion continues on other brands that are keen to cash in on the positive sentiment of the festive season with new launches. Stay tuned to IAB to get all the updates!