BlueTEC, quoted by Mercedes Benz as the future of diesel engine technology, has found its place in the new E-Class. With a highly effective exhaust treatment system, BlueTEC Mercs are able to comply with the strictest global emissions norms, making them the cleanest diesels in the world.

The new Mercedes Benz E 250 BlueTEC concept is said to easily surpass the strictest emissions standards set by Bin 5 in the U.S., and also EU6 - which will come to force only in 2014. 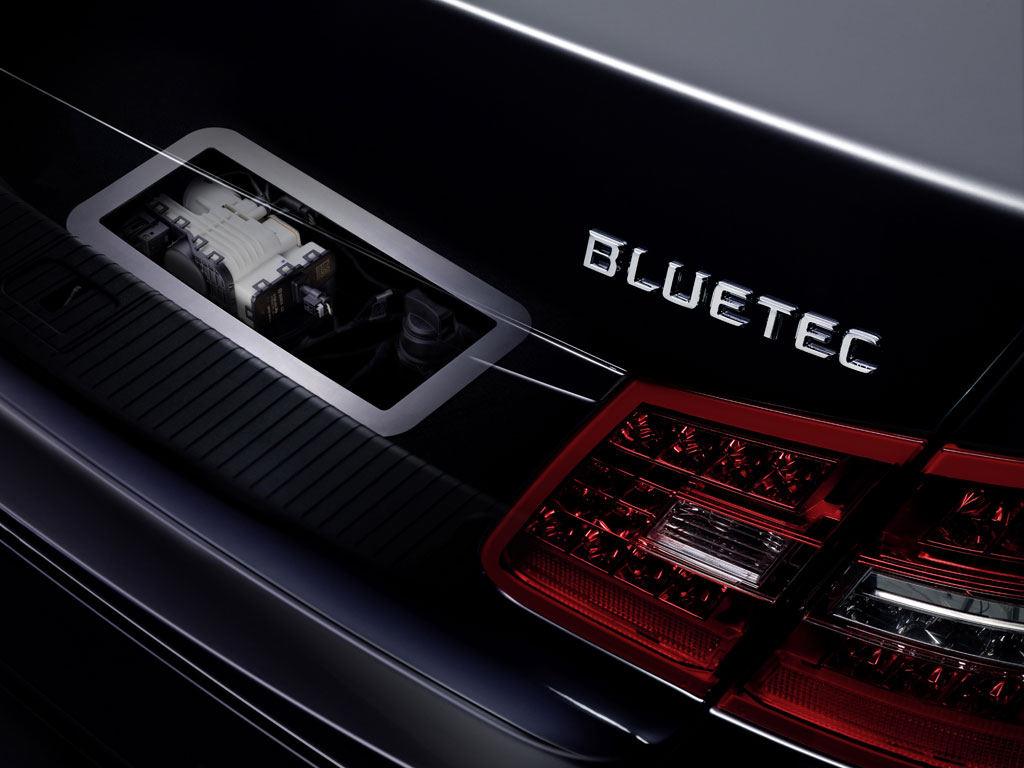 How different is BlueTEC from CDI ?

As a matter of fact, its in a league of its own. The E 250 BlueTEC retains the same 2.2 liter four-cylinder CDI engine but only after undergoing a detailed redevelopment program. Priority was given to reduce the internal raw emissions generated by the engine in order to fulfil the legislative requirements for on-board diagnostics (OBD), as well as other factors.

The power unit retains some in vogue aspects, such as four-valve technology, fourth-generation common-rail piezo direct injection, 2-stage turbocharger and exhaust gas recirculation. A highly sensitive electronic engine control system reacts precisely across the full range of operating conditions to optimize the combustion process. The exhaust gas treatment system incorporates an oxidation catalytic converter mounted close to the engine, as well as a diesel particulate filter, which is located at the rear bulkhead in order to shorten its regeneration time.

At the heart of the BlueTEC system are two SCR catalytic converters (Selective Catalytic Reduction) with an “AdBlue” injector positioned upstream. “AdBlue” is a synthetic, aqueous urea solution that enables the nitrogen oxide (NOx) to be converted into harmless nitrogen gas in the SCR catalytic converters. The monitoring and diagnosis of the sophisticated exhaust gas treatment process is handled by several sensors, including a differential pressure sensor, a Lambda probe plus NOx and temperature sensors. For on-board storage of the “AdBlue” solution, the E 250 BlueTEC has a 25 liter tank equipped with a membrane pump, valve, pressure and temperature sensors and an electrical heating unit, which prevents the 33-percent urea solution from freezing at extremely low temperatures. The tank volume is sufficient for the duration of a full service interval and is refilled as part of the regular maintenance schedule. The “AdBlue” tank is integrated into the spare wheel well in the boot.