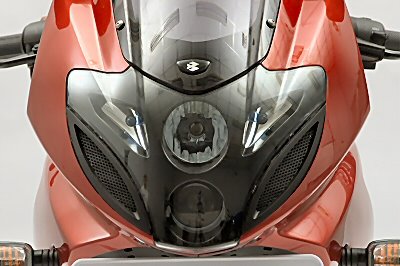 Bajaj Auto, the coolest and best bike maker, has drawn up a new, aggressive strategy for its motorcycles, which will involve a specific platform approach to generate big numbers. Bajaj has been trailing rival Hero Honda, for a long time now and as part of this effort, it has also decided to launch a 125 cc version of the Platina that will co-exist with its 100 cc sibling. Managing director of Bajaj Auto, Rajiv Bajaj told that three distinct platforms would form part of the plan. The top tier comprises the Discover, Pulsar and Avenger while the XCD represents the mid-platform.

The 100cc range rolls out of the basic platform which includes the Platina as well as export models like the Boxer and CT 100. "Our plan is in place with the last bike from the XCD platform due to debut in February next year, by which time the three platforms will account for combined sales of 225,000 to 240,000 bikes each month both for the local and international markets," he said. Put simply, each platform will churn out 75,000 to 80,000 bikes every month as part of a new, uncluttered approach to take the fight to rival Hero Honda's camp.

According to Bajaj, the company had also altered its 125cc bike strategy from the originally planned XCD Sprint. "We are now prioritising another product that will be out in September, followed by one in November and finally in February to complete the picture for the XCD," he added. The strategy for the 125 cc version of the Platina is interesting in this context, especially when Bajaj Auto has maintained that the bike does not represent a brand and is only a product by the end of the day which hardly yields any money. However, its numbers still make it relevant to both suppliers and dealers.

In the price segment it operates in, the Platina is ahead of models from Hero Honda and TVS with a 44 % market share."We had earlier kicked off with the Boxer and CT 100 in this segment but they were easy to imitate and competing models quickly joined the arena. Even when we added interesting features to the Platina, it was only a matter of months before competition followed suit," Bajaj said.The company then decided that it was time to do something which would not be imitated so quickly. The solution lay in changing the engine. "An electric start 125cc would positively take two years to imitate quite unlike the past
where we saw competing models emerge in six months," he said.

The engineering done on the XCD platform has resulted in some "terrific costing and high mileage" for a 125cc bike. Taking advantage of that feature,Bajaj Auto has now decided to go in for the Platina 125 which can hold its own in the market and insulates the company from any similar product in a hurry."This motorcycle is a premium to the 100cc Platina and will give us more money. It could also help build the bike's brand and wean 100cc customers gradually away to this better option," Bajaj said.He reiterated that the top priority was to defend the company's leadership in the 125 cc plus segment while constantly upgrading products. This was the rationale for the launch of the sportier Discover 135 DTS-i last week.

"The Pulsar lineups are being upgraded every 18 months and the time has now come for the Discover which has been untouched for two years. The new features make it sharper and more aggressive to fit in with the image of our bikes in this product category. This becomes harmonious with the DTS-i portfolio that stands for sporty, hi-tech bikes," Bajaj said.This change in the Discover makes it dearer by Rs 2,500 and the least
expensive option at Rs 47,000 (ex-showroom) is still Rs 6,000 costlier than the top-end electric start XCD. "It is in this price gap that we are creating more bikes which will improve profitability and create a stronger brand," he added.