Audi is offering a range of SUVs across the globe. The German car brand’s SUV models are also known as the Q series, including models such as Q3, Q5, SQ5, Q7, Q8 and e-tron. According to the current reports, it is likely that Audi will introduce a new full-size SUV which will be, undoubtedly, named Audi Q9. IndianAutosBlog will keep you updated with the newest details of the upcoming Audi Q9 like Audi Q9 price in India - if it is going to arrive at our market.

Audi A9 is the name of the upcoming SUV from Audi. Why does Audi want to add another big SUV to their range, you might ask. The answer is that Audi’s current lineup lacks a full-size SUV that can lock horns with the Mercedes GLS or BMW X7. At the moment, Audi’s biggest SUV, Audi Q7, is not considered a competent and direct rival of the GLS or X7. The upcoming Q9 will be Audi’s answer to other large-size 7-seater SUVs in the luxury segment. At launch, the Audi Q9 will replace the Q7 to be the flagship SUV from Audi.

Audi Q9 was spotted during winter testing under heavy camouflage. The A9 is reported to undergo the early development stages. From the spy images, Audi car fans can rest assured that the upcoming model will be the capable rivals of the GLS and X7.

According to the spy images, the Audi A9 is likely to take on a more traditional look than we expected. However, since the test mule is still an early prototype, it’s too soon to confirm anything. According to a source from inside the company, the spied model is actually a mule based on the VW Atlas’s bodywork. Some parts of the design are added by Audi like the big single-frame grille and sharp LED taillights. Moreover, the Audi Q9 will employ the MLB EVO platform used on the Q7. It is safe to say that the upcoming Audi SUV will be massive. Its butch body along with the large alloy wheels and pronounced body cladding will give the SUV a dominating appearance. 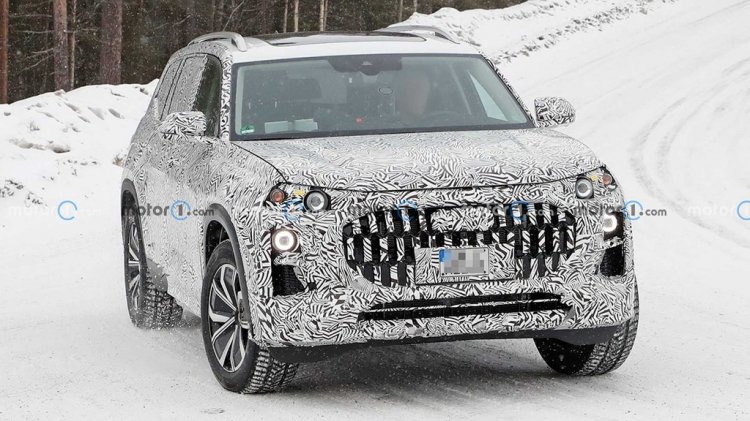 Clues about the upcoming Audi SUV’s powertrain are scarce at the moment. From what we know, it is likely to share parts with the Q7, Q8 and Porsche Cayenne. It means that the Q9 might get the 30-litre V6 petrol and diesel engines. Moreover, if Audi decides to launch the SQ9 or Rs QQ9 version, these model would use a plug-in hybrid powertrain similar to the one used on the Porsche Cayenne.

What is the launch date of Audi Q9 in India?

Audi has not yet confirmed the launch date of the Audi Q9. However, it is likely to be rolled out next year. Audi Q9 Indian launch is likely to happen the following year.

What is the price of Audi Q9?

Audi Q9 is expected to be priced at the starting price of around 100,000 USD. Its rival, Mercedes GLS, is currently priced at Rs 1.04 Crore while the BMW X7 costs around Rs 93 lakh to Rs 1.65 Crore. Expect the Audi Q9 to be priced around the same price mark.