The 2015 Mercedes CLS which was unveiled earlier this year made its auto show debut at the 2014 Moscow International Auto Salon (Moscow Motor Show 2014) today in the form of the CLS 63 AMG.

The updated four-door coupe gets redesigned headlamps which can be specified with the new MultiBeam LED technology (regular LED headlights are standard). The grille is revised and now sports A-Class like diamond pin detailing (not in the CLS 63 AMG seen here). The taillights undergo a minor reprofiling while the rest of the car remains untouched. 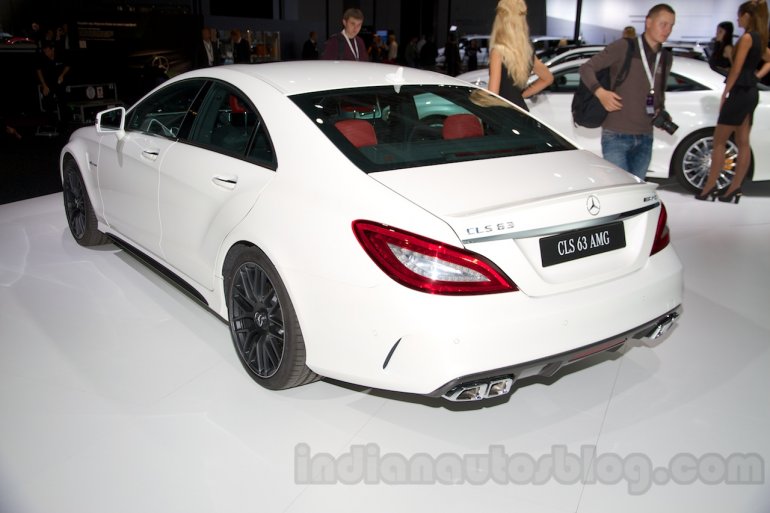 On the inside, a three-spoke steering wheel and an eight-inch display are new. The new COMAND system reduces the number of buttons on the dashboard. The interior offers a choice of five colors and six trim and leather grades. Save for the AMG variant, the rest employ the new 9G-Tronic 9-speed automatic transmission which replaces the 7-speed unit.

The Mercedes CLS facelift is expected to be launched in India early next year.

More details are available in the press release below the gallery.