2015 Audi Q7 to be built with carbon fiber parts

Audi started work on the next generation Q7 back in 2011.

Audi’s flagship SUV has been testing in the snowy Alps for a few months, loaning its body shell from the current model as its design is yet to be finalized. We have covered every bit of information that has crept on to the internet.

The latest news comes from CAR Magazine who report that Audi is planning an extensive usage of carbon fibre for the next generation Audi Q7.

Audi R&D boss Wolfgang Dürheimer told CAR Magazine that Audi has the extensive tech know-how on how to use carbon fibre in mainstream models and plans to put it into action in the 2015 Audi Q7.

The chief reason for the usage of carbon fibre in the next generation Audi Q7 is the ambitious 350 kg weight loss program that has been planned for the flagship SUV. Lighter body weight results in better performance, improved fuel economy and reduction in emissions – three key areas that every manufacturer wants to outsmart the competition on.

Carbon fibre is mostly restricted to high-end supercars and racing cars right now. The key hurdle is the expensive and time consuming process of weaving the fibres together. Audi plans to overcome the hurdle by adopting a variety of composite materials such as aluminum, steel, magnesium and carbon fibre.

Because carbon fibre is VERY expensive to build, expect the prices of the 2015 Q7 to reach new highs. However, the high purchase price will be automatically neutralized by the low running cost.

Expect the new generation Audi Q7 to be on the lines of the CrossLane concept which was showcased at 2012 Paris Auto Show. The CrossLane Concept was a glimpse of all the future ‘Q’ models from Audi. 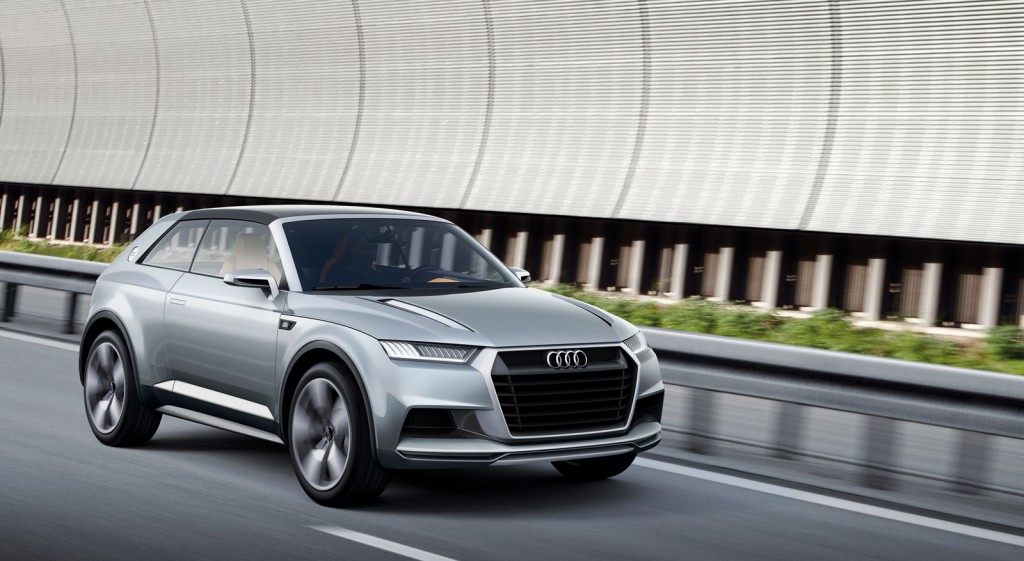 While the construction of the CrossLane was mostly with aluminum, the front and rear crash structures as well as supporting structures inside the occupant cell were made from carbon fibre. Perhaps, a similar structure could be adopted for the Q7.

The CrossLane was a much smaller vehicle than the Q7. But we can expect the key design elements of the CrossLane such as an aggressive single-frame grille, and slit-like headlights to feature on the new Q7.