Toyota is working on the 11th generation of their most successful model, the Toyota Corolla. 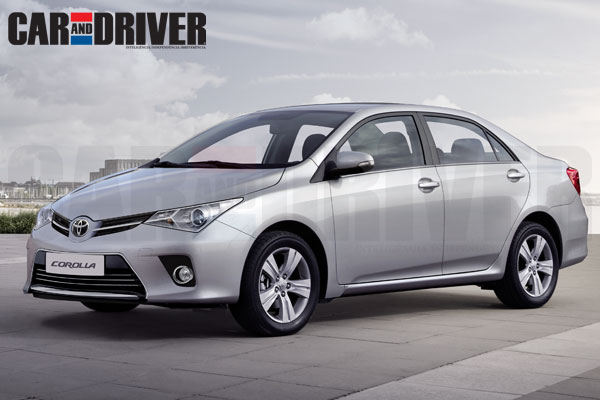 The testing cycle got underway in the US earlier this year implying that a formal introduction is on the horizon.

The 2014 Toyota Corolla, codenamed E160, will have a sporty look to lure younger buyers. The new Corolla is expected to have better driving dynamics in order to align itself with Mr. Akio Toyoda's slogan "Fun to drive, again". Mr. Toyoda is the president of TMC, so the engineers better get this one right!

According to a newly revealed rendering by Car and Driver Brazil, the new Corolla looks completely different from the current model. The steeply sloping bonnet gives the nose a low slung stance. The smiley grill is interrupted by a body coloured applique which houses the logo.

The headlamps are angular with sharp edges and the fog lamp housings are set deep into the bumper. The chrome lined trapezoidal lower air dam complements the sporty front fascia. 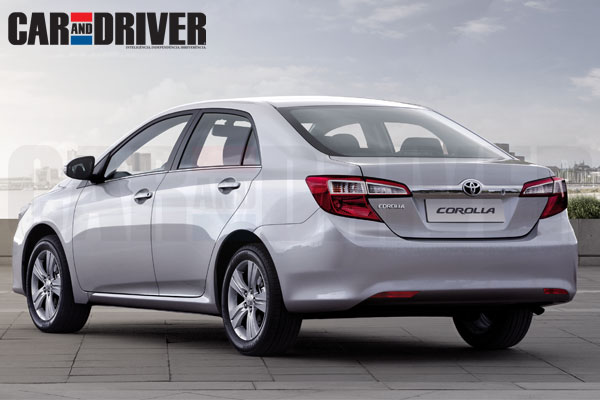 The silhouette of the car remains largely unchanged while the rear reminds us of the Toyota Camry. The good looking tail lamps extend to the boot and the black diffuser masks the bulk.

The 2014 Corolla is expected to be powered by an improved version of the 1.8 litre petrol engine which will deliver more power and is likely to be mated to 6-speed manual and automatic transmissions. A larger capacity diesel motor is a no-brainer if the car is growing in size as a 90hp 1.4L engine is a complete mismatch on a D Segment model, in India, in 2014.

The new Toyota Corolla might be launched in the second half of 2013 globally.