Regular readers would be aware that Tata Motors has commenced testing the 2014 Tata Vista. As part of their Horizonext strategy, Tata would be introducing a comprehensively refreshed Vista next year. We have seen camouflaged test mules on Pune roads and we have also shown you a spy shot of what could be the new front design of the hatchback. 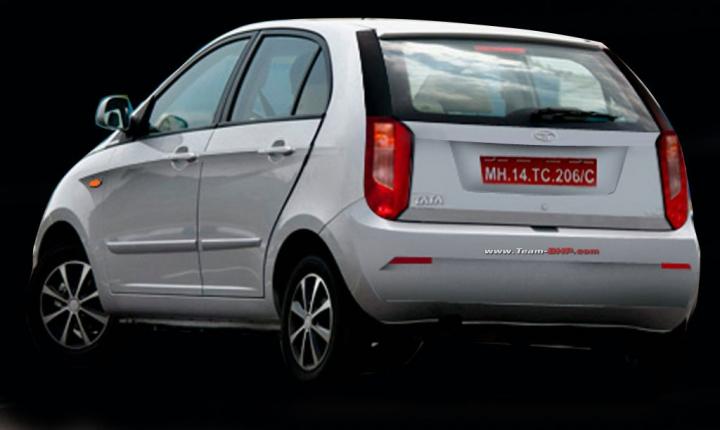 Team BHP member AntlerRoad has now rendered the rear of the 2014 Vista. The major change happens to the taillights, which will no longer sport the 'christmas-tree' like arrangement, a design highlight that has been present on the Indica and Vista since their inceptions.

Instead, the lights are now grouped to the lower portion of the bootlid, which also sees a complete makeover. As for the space on either side of the rear windshield, which earlier had the brake lights, two blackened pillars have been placed.

The number plate holder has also been moved up from the bumper to the bootlid. To compensate for the extra space, the reflectors on the bumper seem newly designed. Based on the rendering here, it seems there are going to be extensive sheet metal changes in the refreshed Vista.

However mechanically, the Vista will continue with the same set of engines - the 1.3-liter MultiJet engine in two states of tuning, a 1.2-liter petrol and maybe an upgraded BS4 compliant CR4 engine. Will Tata show the updated Vista at the 2014 Auto Expo in February next year?