All of us understand what the Chinese are capable of, don't we. 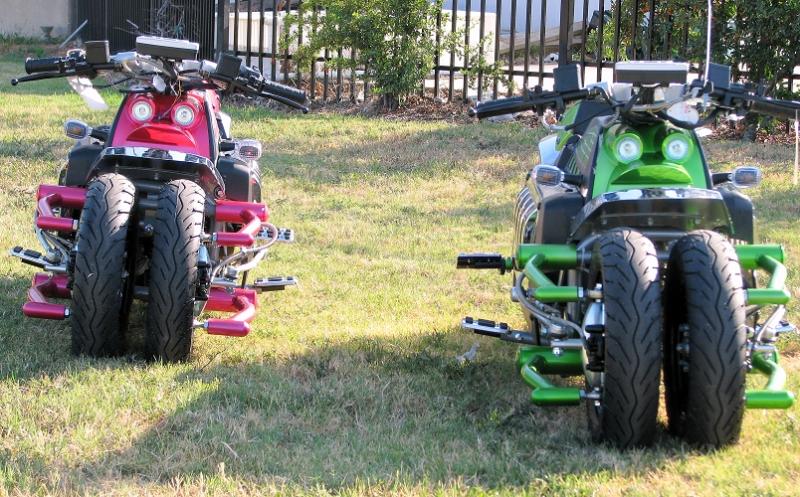 They get into all varieties of problems with auto manufacturers across the planet, and even after a few of their creations were forbidden from entering countries in Europe, they still won't and can't give up- Proof- An ATV derived from the Dodge Tomahawk by one proud Chinese firm. The Tomahawk motorcycle was a concept bike built by Dodge which loaned its engine from the Dodge Viper Sportscar. The 8.3L V10 motor churned out 500HP, which took the bike to 60mph in about a second, but the Chinese double isn't anywhere close. The 150cc that hides under all that lead-soaked paint and plastic produces a modest 10HP.

Probably, the only acceptable similarities the two vehicles hold, is that both are not street-legal. $1,500, and it's all yours. The site claims it's "One of a kind," so make a fast decision!

You've seen nothing until you have seen-

Russian Tuners at their best