VW has launched a special edition on the Vento called the Vento Preferred Edition. The Preferred edition sees the addition of features such as alloy wheels (the pre-facelifted Vento's design is used here), side door protectors, chrome embellishment on the window lines, door visors, boot spoiler and a 'Preferred' badge on the bootlid. 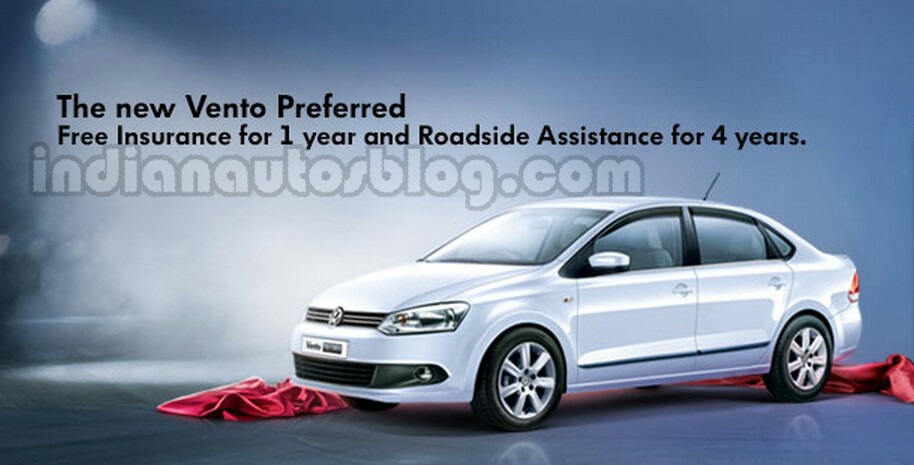 On the inside, the Vento Preferred adds a reverse camera display which also doubles up as a navigation system. While VW have not announced the price for this edition, we learn that the first year insurance is free of cost and that the company is also providing free roadside assistance for 4 years.

Special editions like the Preferred edition will give some boost to sales of the sedan until the refreshed Vento is launched by the end of this year.

The Vento Preferred can be had with a petrol or a diesel engine option. Both engines displace 1.6-liters and come with a 5-speed manual transmission.