Review - Is the VW Polo GT TSI the new hot hatchback of India?

Skipping to the conclusion, the VW Polo GT TSI is the new hot hatchback of India. [Except for the badges, there's no drama on the bodywork to hint at the bomb under the bonnet]

Unlike family-minded two-boxes that sport a body kit or stickers and claim to be sporty or fun, the GT TSI doesn't have any drama on the body work to suggest its aggressive temperament. But a short test drive of this tech-laden compact car is all it takes to blow you away. What has this variant done to its segment?

The GT TSI is not just about performance. Features such as ESP (a first for a hatchback in the B segment), direct injection, turbocharging and a dual clutch seven speed automatic transmission are those you can't fit from an after-market store. These features cannot be experienced or enjoyed unless the manufacturer wishes to offer them. And we laud Volkswagen for bringing such equipment to India and hopefully starting a trend.

Is Volkswagen out of sync launching a petrol car at a time when diesel rules?

The TSI petrol variant is not a volume spinner of the lot. However the price difference between petrol and diesel is at its lowest point for the last two years today. As diesel prices are gradually increasing, the balance has shifted slightly back in favor of petrol cars. Another reason why consumers opt for diesel engines is that petrol engines are not fun to drive as they were a few years ago. The excise benefit awarded to small cars has made engines displace under 1.2-liters and almost every one of them is maxed out for the best fuel economy.

What is the Polo GT TSI powered by? 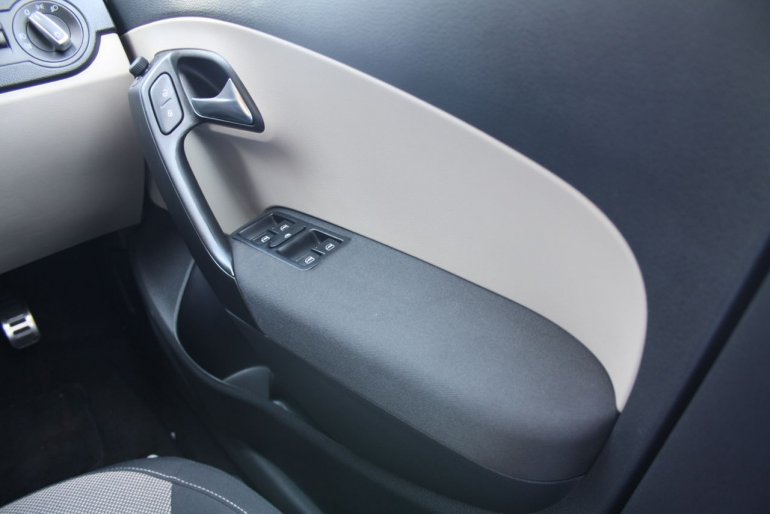 The 1.2-liter TSI unit replaces the 1.6-liter unit which VW India retrieved from the market last year due to low sales. To use that engine’s numbers as a reference, it delivers peak outputs of 103.5bhp @ 5,250rpm and 153Nm @ 3,750rpm. The 1.2-liter in comparison produces a higher power output at lower revs and a higher peak torque is available from 1,500-4,100 RPM. Higher power and torque are therefore easily accessible with less noise and fuel expenses. How does the GT TSI feel to drive?

The driving experience is unlike any offered today in the small car segment. At 1,700 rpm, the turbocharger kicks in and the car accelerates like an aircraft about to take off from a runway! You experience G-Forces that you normally don't associate to a hatchback of this size. The 7-speed dual clutch automatic transmission that gets shifting points reprogrammed to Indian driving conditions, can be left to function on its own or overridden to operate manually using to and fro gearshift movements of the gear selector.

Additionally, there's a Sport mode which let's the engine rev a bit higher in each gear and blips the throttle on downshifting, which it is eager to perform each time the driver brakes. To get the best fuel efficiency out of this engine, its recommended to leave the gearbox to go about its job autonomously.

The steering weighs up well and provides adequate feedback at high speeds. The suspension is firm and body roll is suitably contained. The 180/60 R15 tires and the braking systems are retained from the regular Polo variants.

What I don't like about the Polo GT TSI -