VW India confirms small car under Polo; Isn't it the Up! ? 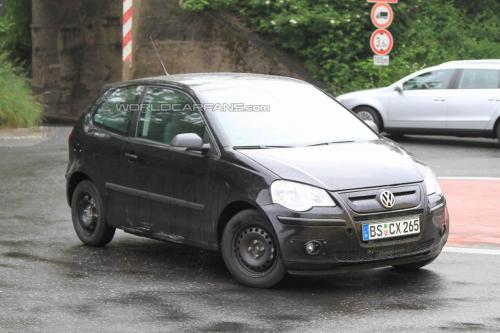 VW India's spokesperson spilled the beans while speaking to journalists recently on its compact car that sits under the Polo. He said VW hasn't yet finalized plans for this small or should I say smaller car, which we believe is the production avatar of the VW Up! concept.

Believe me, we will have something smaller than the Polo. We are working on it. First you have to conceptualise and then assess the market potential.

There has been no official word, but this proposed small car is being worked on by the German engineers. Recently, spy shooters have captured what they claim is the Up's platform being tested using a dummy body (pictured).

The VW Up! will have multiple powertrains. Also on the menu is a Skoda and a Seat based on the Up!

In a media report printed last year, VW had delayed the launch date of the Up! to late 2011 citing the lack of clarity on the branding front as a reason.

Speculated to start at 3 lakh rupees, the VW Up! according to Autocar India will internationally be sold with three engines - a tiny three-cylinder 1-litre TDI engine, 1.2-liter TDI (found in the Polo), the entry-point 800cc petrol unit, and the high-performance 1.2 TSI motor which is unlikely to make it on not only Up! but any affordable VW product in India.