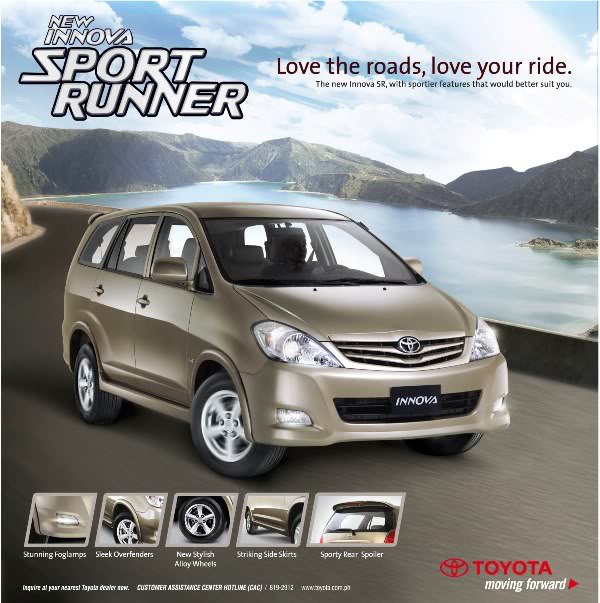 Toyota Motor Philippines introduced a tougher (looking) version of their best selling and one of our country’s best-selling MPV - the Toyota Innova dubbed Sport Runner.

The Toyota Innova SR, based on the refreshed Innova launched in 2009, features side skirts, rear spoiler, front fog lamp design similar to the G variant, 15" alloy wheels in a wider 225 / 55 R15 tires and Sport Runner badge.

During the launch of the refreshed Toyota Camry last year, Sandeep Singh, Deputy Managing Director (Marketing) Toyota Kirloskar Motors told IAB there will be a number of special editions of the existing models launched, and there would be no major launches till the Etios arrives in Dec 2010. Could the Innova Sport Runner be in that list?