Here are three videos of the Etios Liva we captured at the national launch. After posting a static analysis of the car along with a deep-dive of the product development, we had other stories in the industry to follow. In the midst of spy shots, leaked shots, brochure scans, renderings and news articles, we had forgotten about the Etios Liva videos we picked up at the New Delhi launch. To recap, the Etios Liva, priced between 3.99-5.99 lakh rupees (ex-showroom New Delhi) had clocked 1,000+ bookings within three days of the price announcement.

The first video is about the journey of Etios in India. With over 20,000 cars delivered, a AR Rahman tune that's looping inside everyone's head, Ratan Tata's visit to the Toyota stand at the Auto Expo to see the concept model, and Akio Toyoda's visit to flag off bookings last year, the Etios has seen more action than an Akshay Kumar movie.

The second video talks on the Liva's passenger compartment - it tells India that Toyota has understood the need for space better than some homegrown brands. They've gone as far as securing a class-first foot space (under the seat) on the Liva. The Etios's glovebox for example holds nine 500ml bottles.

The third video deals with the Liva's safety. With ABS brakes and airbags, the Etios is as safe, or as unsafe as any hatchback in its price band.

The fourth video speaks a little bit about the suspension and comfort, spread equally around the car. The Etios's dimensions is similar to the Yaris which sells in other parts of Asia, Europe and America. 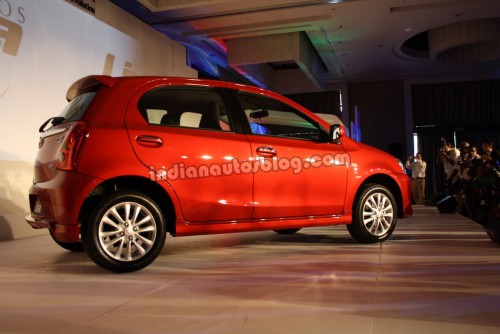