Facelifted model to launch in India later this year.

Toyota has launched an updated version of the Toyota Etios Platinum in Brazil, which receives a significant facelift to the front fascia. It also previews some of the changes in store for the India-spec Etios facelift due for a launch later this year.

Here's a brief pictorial comparison between the 2016 Toyota Etios Platinum and the outgoing model. The front-end of the new Etios receives bulk of the changes. It now looks much more aggressive than before, featuring a new V-shaped grille with black inserts and chrome accents, a sporty-looking bumper with larger intakes and round foglamps and small faux silver skid plate. 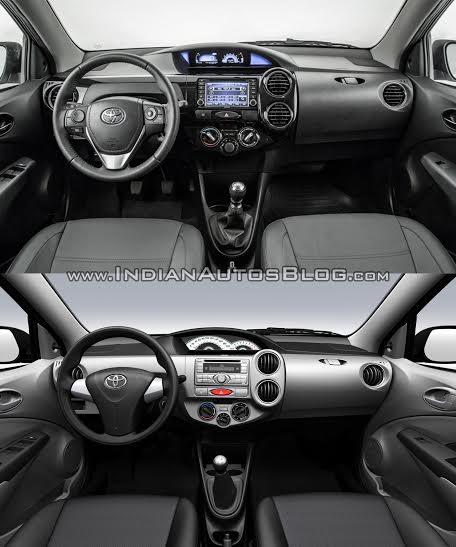 Compared to the exterior, changes inside the new Etios Platinum are minor. While the overall styling is retained, it now features an all black interior with piano black trim around the center console, redesigned steering wheel with buttons, new fabric upholstery and an all digital instrument cluster inspired by the Toyota Prius.

Some of the changes seen inside the Brazilian-spec Toyota Etios may not be featured in the 2016 Toyota Etios facelift for the Indian market. 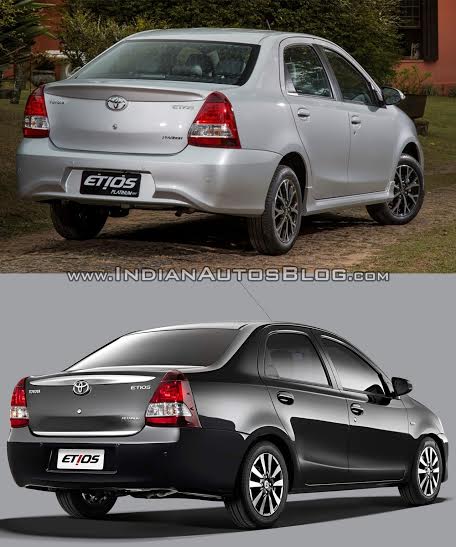 The Etios Platinum is powered by a 1.5-litre Dual VVT-i flex-fuel engine that has been tuned to develop 107 hp (10.5 hp power bump over the older engine). It is also available with a new 4-speed automatic transmission option in Brazil. Toyota claims to have improved the cabin soundproofing, ride quality and electric-assisted steering system.