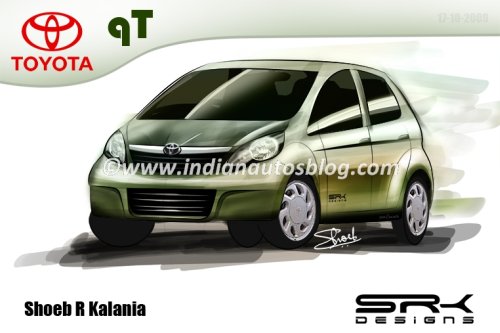 At the Auto Expo in January 2010, Toyota will display two concept cars - a hatchback and sedan, both brought from Japan specially for the show. In December next year, Toyota Kirloskar Motors will put at least one of these into production.

Both hatchback and sedan version of concept vehicle of the compact car will be showcased at Auto Expo. It's a concept vehicle coming from Japan. Production will start by December of 2010. First year production plan is 70,000.

Toyota is also displaying the Prius at the Auto Expo, though he did not confirm if it will be launched there. The company is not looking at Prius to generate volumes.

When launched, the EFC designed specifically to boost Toyota's market presence in emerging countries, will be the cheapest Toyota in any market. Production is being planned for countries like Brazil, India and China.