Tata Vista spotted in Vietnam hinting at an imminent launch

The second generation version of the Tata Indica, the Indica Vista, has been spotted in Vietnam. This makes it evident that the debut of Tata in Vietnam is not far way from happening.

Tata is more likely looking to sell its cars in southeast Asian countries to maintain the capacity utilization at Indian plants without piling up the inventory. 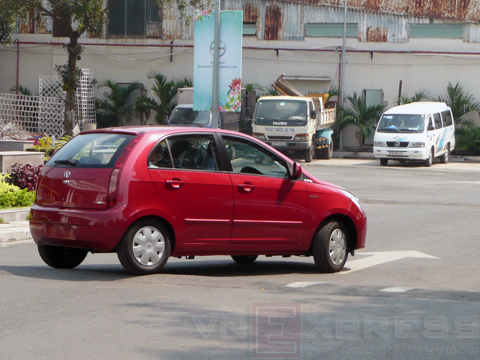 Tata has been probing Vietnam with the Nano as fifty LHD versions of the small car were reportedly sent there in late December 2012 to familiarize potential dealers and conduct customer clinics.

A couple of months ago, the LHD version of the Indica and Nano were spotted in Vietnam's capital city Hanoi. It was the eV2 that was spotted alongside the Nano.

It is more likely that the Vista will be the first car to be launched for the Vietnamese market and the Nano is expected to arrive a little later. There are chances that both the Indica generations could be launched in Vietnam alongside each other and placed in different price brackets.

The Tata Vista will compete against the likes of Suzuki Swift and Hyundai i20 just like in India. It is expected to be powered by the 1.4 litre Fiat-based SAFIRE petrol engine that generates maximum power of 89hp at 6,000rpm and peak torque of 116Nm at 4,750rpm. The launch is expected to happen in the final quarter of 2013.