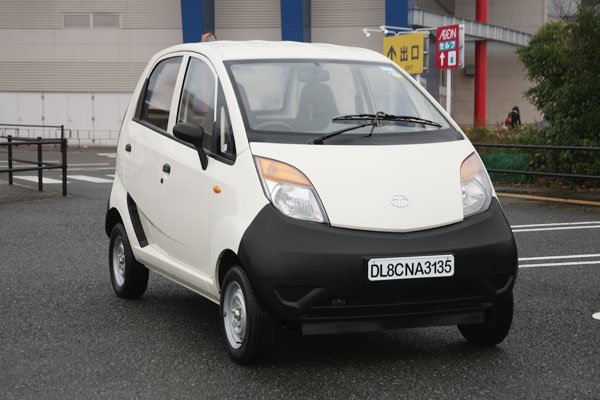 This certainly isn't the way Tata would have liked to celebrate the first birthday of the Nano.

The company is now in the process of investigating the possible causes behind the Tata Nano which went up in flames yesterday in Mumbai, minutes after it was delivered to its customer in Prabhadevi, Mumbai.

This is a unique case. We are trying to figure out what went wrong.

Over the last one year three other cases of Nanos going up in flames have been reported. All the three cars were parked when the incident happened.

Tata Motors announced the problems with the static cars catching fire were due to a faulty switch placed near the steering wheel. The company stopped sourcing that faulty component from the vendor and performed checks to vehicles on the road.

Tata Motors has offered to return the money to Mr Satish Sawant, the insurance agent who cheated death yesterday when the car he was driven in by the company driver suddenly burst into flames, barely 45 mins into the drive.

The exact cause of the fire is still being investigated and it remains to be seen if Tata will deploy one more round of checks before cars are delivered to customers.