The ‘Sumo’ brand from Tata Motors has been in India since a very long time. The Sumo was incidentally named after Sumant Moolgaokar (late leader of the Tata Group) and has become a very household name. However, majority of the Sumos entered into the Taxi market because of their high utilitarian skills which created problems for Tata Motors and the future of the Sumo brand. 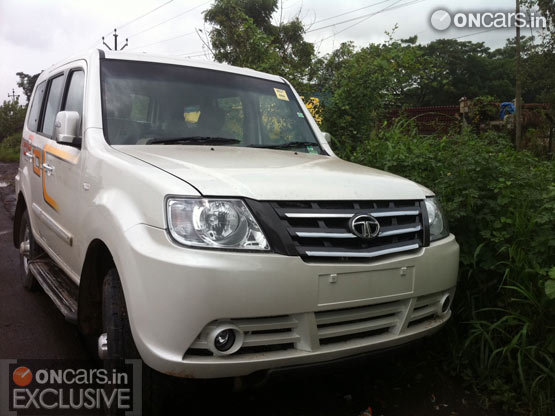 Back in 2009, with the onset of competition from XYLO the Sumo Grande, a modern version build on the Sumo platform and positioned under the Safari DICOR started suffering heavily in sales. The XYLO was a lot polished and much better product overall. We could not find one reason why the Grande suffered from the product's perspective.

Tata Motors asked its engineers to work on the feedback from customers which led to a Grande MkII, an improved edition. However, it still carried the name ‘Sumo’ along with it which did not improve its aspirational value. 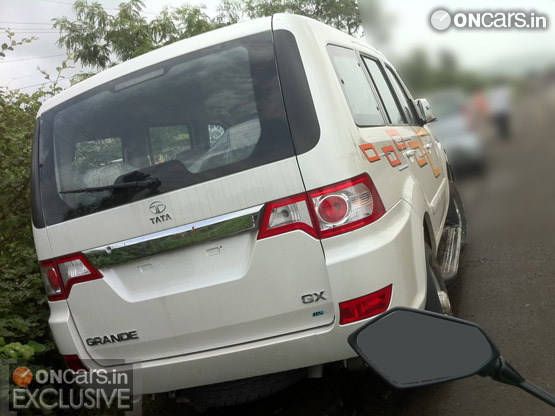 Well, it seems that Tata Motors has decided to drop the Sumo brand on the Grande. Our good friends at OnCars have spotted the face lifted version of the Sumo Grande which has no traces of the ‘Sumo’ brand on it. Also gone are the Mark2 badges making the name smaller and sweeter – ‘Grande’.

Oncars is also reporting that the face lifted Tata Grande has vertical acrylic appliqués on either side of the rear windshield, body graphics and some chrome garnish on the grill. The interiors are now a darker wooden trim like the new Indica eV2. This face lifted Grande is expected to go on sale in the festive season.

Will you buy a Tata Grande over the Mahindra Xylo?