Note: This story is an advertorial.

New Delhi: The Buddh International Circuit would once again reverberate with the sound of high-power engines going full throttle and the smell of burning rubber will keep the motorsport fans glued to their seats as the third round of the 17th JK Tyre Racing Championship goes on track this weekend. 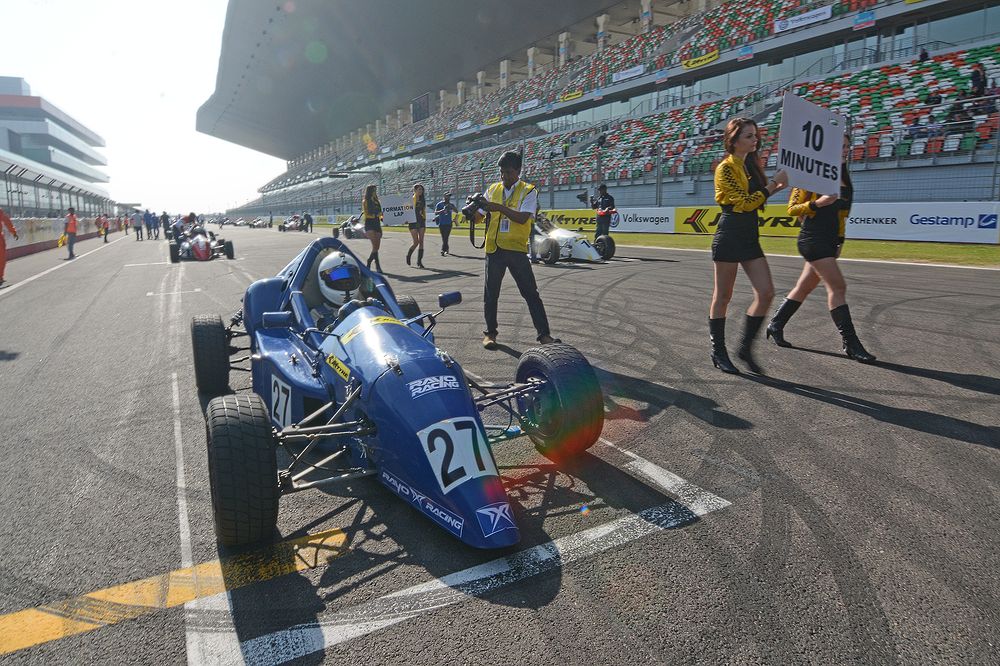 The 17th edition of the country’s longest running Racing Championship, to be held on November 8 and 9 will witness 75 young drivers from across the country tussle for every inch on the 5.15 km long Buddh International circuit race track in three different categories to prove their mettle.

International drivers and JK Tyre brand ambassadors Armaan Ebrahim and Aditya Patel will also be present during the race and will drive alongside the 10 drivers in the FB02 category and the drivers will have the opportunity to not only race with these world class drivers but at the same time will get a chance to pick the nuances and tips from both the drivers. They will be starting from the end of the grid to give the drivers a head start and possibly entertain the crowd with their maneuvers.

Chennai’s Vishnu Prasad would once again be the runaway favourite to take the chequered flag at the Buddh Circuit in the featured event. Racing in the FB 02 class, Vishnu’s driving with class and precision and holding clean lines on the sharp turns is a treat to watch. Bonnie Thomas of Kerala and local boy Karminder Pal Singh would be the racers to watch out for in the Volkswagen Polo R Cup, having only a difference of 14 points after their escapade in Coimbatore in the last two rounds. In the LGBF4 category, Kerala’s Diljith T Shaji of Dark Don Racing is the man to look out for having won 4 races out of 6 in the two previous rounds and would be the man to beat in BIC.

Speaking about the weekend race, Mr. Sanjay Sharma, Head - Motorsport - JK Tyre & Industries Limited said, “At this point, the championship is balanced. It will be interesting to watch the encounters as the drivers will be giving their best to retain their position and can be anybody’s game. The success of the program is when the Championship goes down the wire and is decided possibly in the last race of the last round.”

Like every year, event promoters JK Tyres have introduced a special event in the championship – JK Tyres Super Bikes Cup which will see bikers scorching the track on a 1000CC engine – riders from Bangalore, Jaipur, Agra will be taking part along with the local boys in their home turf.

Mr Sharma further added, “JK Tyre believes in innovation and this Bike race will be surely something to watch out for. And Armaan Ebrahim and Aditya Patel’s presence in FB02 category will also be a bonus for the young drivers on that grid.”

The JK Tyre Racing Championship has for years served as a stepping stone for budding racers who begin their career with Karts and eventually graduate to single-seater cars and even Formula races. In fact, the winner of the JK Racing India Series gets international exposure in Formula 3 with Team Euro International.

The race categories in which the driver’s would compete include – FB02, these cars features a Mygale chassis powered by a 1.2 litre BMW engine. The JK Racing India Series is being managed by world’s most renowned Team Euro International headed by Mr. Antonio Ferrari.

The JK Tyre-Volkswagen Polo R Cup, India’s first one –make tin top racing series is currently in its 5th year in the championship and LGB Formula 4 Racing which is the stepping stone to single seater racing and will have four professional teams - Meco Racing, Rayo Racing, Dark Don Racing and Avalanche Racing – vie for the crown.

One of the major attraction in the LGB Formula 4 race would be the presence of lone female driver Captain Sneha Sharma, who is expected to challenge the hegemony of the established names.

Motul who’s known for their special products for Motorsport have joined the JK Tyre Racing Championship as official lubricant partner.

For all the latest news, photos, videos, and updates, please visit us at:

JK Tyre has always been closely associated with the world of sports. Almost three decades back the company laid down a long term and sustained approach to promote Motorsport. Participating in this form of the sport has helped the company in continuously updating its products to meet the challenges of gruelling Indian conditions. The sport at that time in India was perceived for elite but JK Tyre took upon itself to package and redesign the sport to suit the masses. The company not only made the sport affordable but also equivalent to International operating standards. JK Tyre’s foray into Motorsport was a well thought out strategic decision to not only use and develop this virgin branding platform but also to realize the dreams of making India a force in the field of motor sport.

In order to fill in the void for its find for the next Formula One driver and give Indian race drivers world-class exposure, JK Tyre introduced the JK Racing India Series in the 2013 season. The series formerly known as Formula BMW was acquired by JK Tyre in 2011 and was rechristened the JK Racing Asia Series. The series is the only ‘Junior’ Formula Racing program and is the first step in the world of single-seater racing. The Series has produced several Formula One drivers including the current reigning world champion Sebastian Vettel.

In its efforts to nurture and promote young talent, the company is bringing the FB02 cars featuring a Mygale chassis powered by a 1.2 litre BMW engine, to run as part of their Racing Championship. JK Racing India Series runs under the tutelage of world’s elitist racing organization Team Euro International owned by Mr. Antonio Ferrari. Under his guidance, Team Euro International has become the racing giant and boasts of being the only team to win all Formula BMW Championships in Europe, USA and Asia, including the last FBMW World Final in all categories. JK Tyre gave a lifetime opportunity to 12 of India’s best racing drivers below 18 yrs of age to race in this category and live their dream.

The Racing and Karting programme by JK Tyre has been the breeding ground for the country’s motorsport talents like Narain Karthikeyan, Armaan Ebrahim, Karun Chandhok, Aditya Patel and other new emerging talents.