Sources have told IndianAutosBlog.com that Mercedes Benz has pushed back the launch of the new C-Class to late Q3/early Q4. Earlier it was believed that the new C-Class will arrive in Q3. Compared to the first half of 2010, sales performance of the C-Class has shown considerable improvement.

In the period of January-June 2011, the C-Class became MB India's flagship car by registering a 88% growth by reaching 1,746 customers compared to 928 units last year.

According to Mercedes Benz the new C-Class has about 2,000 new components compared to the outgoing car. The front-end has been completely revised, even having a light-weight aluminium hood. The rear bumper and one-piece jewel case type tail light are new. The dashboard has been redesigned with new materials and a host of new safety systems have been included including Attention Assist, Adaptive Highbeam Assist, Park Assist incl. PARKTRONIC, Lane Keeping Assist and Blind Spot Assist.

Existing engines will be carried over, but new introductions cannot be ruled out. Mercedes Benz India has also spoken about commencing financial services during in Q3 and Mercedes customers starting with the new C-Class could experience a hassle-free buying experience. 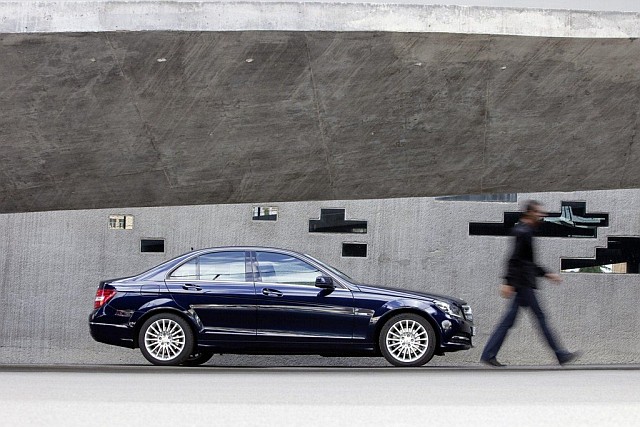 But sooner or later the company has to begin assembling the new C-Class in Pune as shipping of the old model's kits will stop. Since the numbers have been impressive, the new model might not be an issue for the company at this time. They'd want to look at performing better in higher segments. Local assembly of the new ML-Class and updating powertrains for the S-Class have to be on the company's priority.

The SLS AMG is another product Mercedes India will look at bringing and using as publicity vehicle in India. They may not sell more than a few units but the publicity and eyeballs it brings cannot be ignored. The SLS AMG took India by storm at the Auto Expo. If I was Mercedes Benz, the convertible model will be my star display at the next edition now that people associate SLS with aircrafts and Michael Schumacher.