The Honda City has been one of the most well-known car brands in the country for the last 20 years. While it has slipped to the second place on its segment's sales chart, it is still heralded by many as the C2-segmenter that can easily carry off many visual and mechanical updates. Here is a list of 10 stunning modified Honda City sedans from across the country - Seen above is an all-black modified Honda City that looks much hotter than the regular version. The customised car from Kerala gets a thoroughly updated front-end that features a revised grille and a sportier bumper with a prominent diffuser. Other updates include new 17-inch five-spoke alloy wheels that are shod with lower profile tires, side skirts, a revised rear bumper and a new set of tail lamps that carry LED fixtures. Overall, this City manages to look much hotter than the regular version without being too loud or gaudy. Here is another all-black modified Honda City from God's own country. While it features a similar colour-treatment to the first model, this car looks a tad sportier and bolder owing to its Mugen body kit. At the front-end, it carries a sportier bumper with new LED DRLs, updated headlamps, and a new grille. The bumper carries a red-painted tow hook. The side profile features five-spoke alloy wheels that wear low-profile tires, chrome-plated door handles that seem to have been carried over from the stock car, and sporty side skirts. At the rear, it features boot lid lip spoiler, new tail lamps and a sportier bumper. While engine specs aren't available, what's known is that this custom City benefits from a performance-tuned suspension from Vogtland. 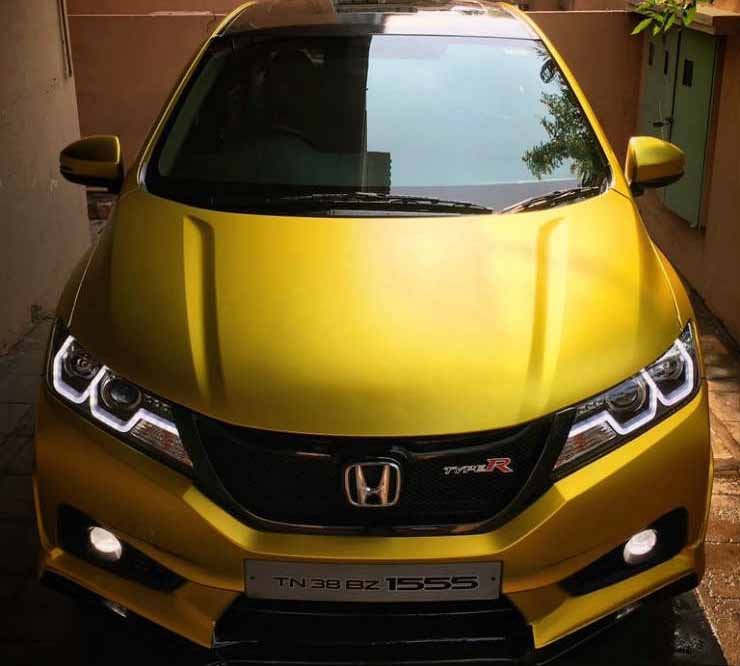 While gold-plated or wrapped cars are a common sight in the Middle East, there are few of them even in India. One such is this modified Honda City from Tamil Nadu. It has been wrapped in matte gold and features a contrasting black roof. Other highlights include a set of updated headlamps, a new grille with Type-R insignia, quad exhaust tips, and a boot spoiler.

Here is a modified diesel-powered Honda City from the capital that retains its stock white orchid pearl finish but gets black highlights and subtle styling updates for a hotter look. The front-end gets a revised bumper with a partially blacked-out diffuser, new headlamps that have a black tint, and an all-black grille. In the side profile, it features discreet side skirts, five-spoke alloy wheels that are shod with lower profile tires, and black-coloured ORVMs. The rear-end features revised tail lamps. The engine outputs additional power that is courtesy of a diesel tuning box from Race Dynamics. 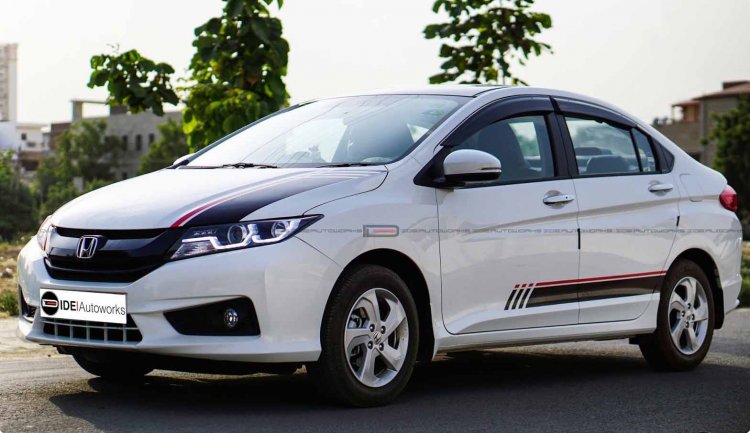 This modified Honda City that has been done up by IDE Autoworks shows that a stock car can be made to look sportier by merely adding the right graphics. Other than a set of new headlamps and a blacked-out grille, this City gets black-red stripes on the hood and on the doors.

Here is a modified Honda City from Kerala that flaunts a comprehensively updated exterior. The highlight of the styling updates is its widebody kit, which gives it a sportier and a more planted appearance. Painted in a bright shade of red, the custom car features a new bumper and a wire mesh grille. In the side profile, it gets chrome-plated negative offset alloy wheels that have been shod with lower profile tires. Additionally, the car receives hood scoops, side skirts, revised fenders, new tail lamps, new rear bumper and dual exhaust tips. The 1.5-litre iVTEC petrol engine of this City benefits from a free-flow exhaust, cold air intake, and a tuning box.

Unlike the Honda Civic, which gets a sportier Type R version, the City doesn't get any such model. That said, many enthusiasts are known to have given their City sedans a Type R  treatment. One such model is this custom City from New Delhi. Up front, it gets a revised headlamp and anew bumper. The grille has been blacked-out and features a red Honda logo. The hood has been partially blacked-out to complete the Civic Type R-like appearance. In the side profile, it gains new alloys and tires, sporty side skirts, and window visors. The rear-end features revised tail lights and a big boot spoiler. Overall, this modified City successfully manages to capture the essence of the Civic Type R. This Honda City from West Bengal features a Mugen body kit that makes it look much sportier than the stock model. Up front, it carries a new bumper with LED DRLs, revised headlamps, and the red Honda insignia. The hood has been partially blackened-out, too. In the side profile, it gets sporty alloy wheels and side skirts, while the rear receives a massive spoiler, updated tail lamps, and a revised bumper. 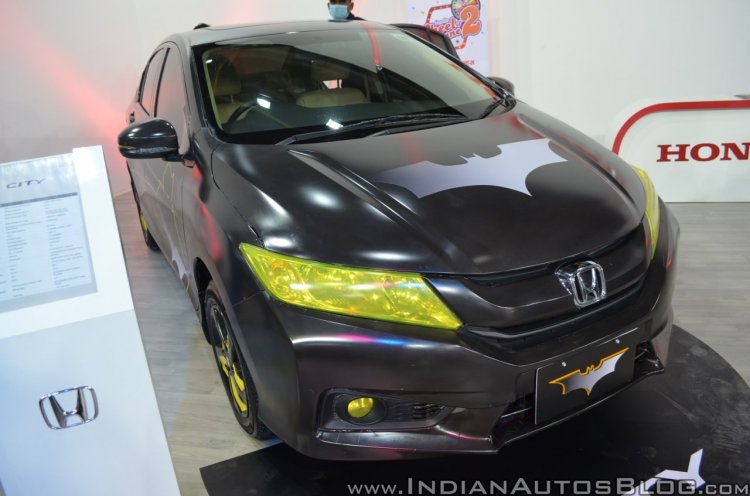 While the Batman drives a Batpod that is quite impossible to replicate for everyday use, here is a modified Honda City from Nepal that tries hard to capture the essence of the superhero's out-of-the-world vehicle. Showcased at the 2017 Nepal Auto Show, this custom Honda City features a matte black body wrap with several yellow highlights and Batman graphics on the hood and on the doors.

Among various Indian cars that have gone under DC's scalpel is this white Honda City that has received a comprehensively updated exterior styling package. Up front, the car gets a dual-tone bumper and a new grille, while the hood features faux scoops. In the side profile, it gets red highlights, while the rear receives a new bumper and dual exhausts.