Why is Durability Important?

While a car’s performance does play a big part in getting customers onto the brand’s showroom floors, it doesn’t show us the entire picture. While speed, handling and acceleration may thrill you for 10 percent of the car’s lifespan, the other 90 percent is all to do with durability and reliability. Even by sheer numbers, people who are more interested in a car’s durability outrank those that are interested in its performance by a large number. While online car surveys may show you a brand’s reliability based on prior experiences, many do not take into account a car’s intended use or purpose.

For example, a premium people carrier driven 20,000km will have a tougher life hauling kids, family, luggage and the emotional baggage of a millennial household around than a premium sports sedan that has done 5,000km in the same amount of time. Even if the sports sedan has done the same amount of mileage, the people carrier has worked twice as hard and most likely run twice as long during that time. Thus durability is a key component in gauging a car’s sales performance and advice on which can only be given after having used the car for an extended period of use. Here we would also like to point out, when a journalist reviews a new vehicle, they also base reliability forecasts, at the time, on perceptions and prior experiences. We firmly believe that a new car simply cannot be reviewed on its durability when it’s new and has a few hundred kilometres on the odometer.

Just shy of a year ago, MG Motor India called to ask if we would like to use the MG Hector as a long-term test vehicle. We were itching to find out how it would perform over extended use ourselves and thus, we agreed. The variant we received was the top-of-the-line 2.0 Diesel MT Super. Finished in shiny metallic Glaze red, we were keen to see whether that sheen would last. Fast forward many months and almost 14,000 kilometers of varied terrains and drivers later, the shine definitely has lasted. From the metallic paint, all the way to the chrome inserts you find at the front and back, all of it still looks impressive. We do admit, we also took good care of it with regular washes and polishes from time-to-time, but that should be a given with any vehicle owner. Another aspect that we were interested to know is the quality of its sheet metal. In our first drive review, the thickness of it gave us an impression of its premium build quality. In this durability review, we can tell you that minor jolts, leaning crew members and rock chips were not enough to disrupt that view. The MG Hector gets roll-formed tubular steel door beams and gets, as we mentioned above, thick panels especially on the doors.  We definitely stand by our our initial opinion. We have driven the car on dirt roads, winding mountain roads, jam-packed city roads and on wide-open highways as well. The MG Hector took all these kinds of environments in its pride, sometimes packed with five people and all their weekend getaway luggage.

Also Read: Top 5 Upcoming SUVs to Look Out For in 2020 - Kia Sonet, MG Gloster and More

When you step inside, the MG Hector has the right ingredients to impress anyone from the get-go. The quality of its leather seats, leather dashboard panels, leather door panels and black plastics; all form a great first impression. What we wondered a year ago was how the leather, switches, switch gear letterings and plastics would stand the test of time, especially in sunlight-exposed areas. While we do admit, even a year is not the right amount of time to tell the audience about a car’s durability, it generally gives the owners a good indication. The MG Hector has a lot going for it in this regard. The leather upholstery has held up well, the plastics and tell-tale letterings are not showing any signs of fade and none of the switches have become hard to press. While we did use interior cleaning products from time-to-time, the car usually had a hectic life. If the editor wasn’t using it to haul furniture around, I would either be driving my family of five around or have my dog riding with me in the back seat. In the 14,000 kilometres we did put it through, many occasions also included sweaty t-shirts from shooting in 40-degree heat, muddy paws, dirty shoes, kids eating ice-creams and fiddly family members. In all situations, none of it has pleasing results for the car's interior and its tidiness. In the MG Hector’s case, a bit of post-dated regular interior clean up was enough to have it looking fresh in no time. The seats were easy to clean, the plastic panels were easy to wipe and all the components held up well against mechanical abuse, to put it simply.

Now if we come to the electronics, the MG Hector has a lot of it. If we give you a few examples of its features, you get niceties like a 10.4-inch touchscreen system, iSmart Connectivity software, driver and co-driver powered seats, electrically-operated tailgate, a giant panoramic sunroof and AI-enabled voice-control operations. It is easy to forgive prospective buyers from fearing a failure of any of these systems over an extended period of use. However, we never had a single complaint with any of the car’s electronics. The infotainment is still quick to use, the seats adjust perfectly, the tailgate operation has zero malfunctions, the sunroof has no faults or leaks and the car still instantly responds when prompted, “Hello MG”. While we do feel that infotainment takes a while to start and the black interior theme means coming back to an oven on hot summer days, these have no real effect on the MG Hector’s durability factor.

In its first drive reviews, the biggest highlight in most reviews was the car’s powerful diesel engine. It is an FCA-sourced 2.0-litre turbocharged unit putting out 170bhp and 350Nm of torque. The gearbox we had to work with was a 6-speed MT unit. From its first impressions, we understood that the motor is strong, pulls hard, has loads of tractability and returned an ARAI claimed fuel-efficiency of 17kmpl. However, when taking possession of the long-term vehicle, we were interested to know how reliable the motor is over hard use, how refined it is over time, what fuel-efficiency it would return in real-world conditions and how the suspension copes in different situations. 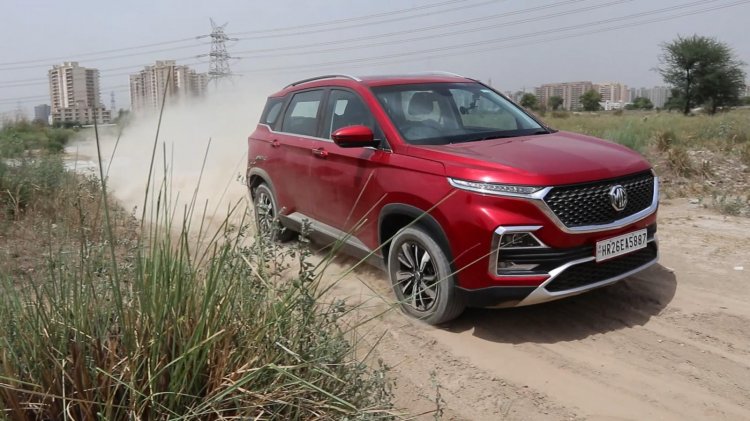 As I was the one who took the MG Hector's delivery, I kept the keys for the first half of the long term test. The very next day, and the car’s pick up conveniently timed around the weekend, I was off to the hills with a total of three people and my dog on board. Over the course of the year, the MG Hector was thrown into more muddy, dusty, hilly and traffic-jammed situations than any of us could have imagined. If it wasn’t in remote areas of the Gurgaon-Faridabad corridor assisting in shoots, it was either being taken on road trips or being used to haul heavy luggage for personal or professional use. Over this period of time, the car had had just one service along the way but always driven with care. Here, once again we’d like to point out that the time we had with it is not enough for an actual owner to gauge its durability. However, despite the rugged use, the engine is still very peppy, the gear shifts have a positive action and the clutch is easy to use. The suspension too has kept the ride supple through all its been to put through and is now even more pliant compared to new, owing to the suspension setting in properly over time. The fuel efficiency in the real-world conditions was close to what the manufacturer claimed as well. In the city, we got up to 14kmpl and highway driving gave us closer to 19kmpl. A healthy combined average and closer to the manufacturer’s claimed numbers than we expected.

To conclude our 1 year/14,000km durability test, the MG Hector has managed to keep us happy across this journey. Despite the niggles we mentioned, the car has remained a durable crew member to have and a satisfying family hauler as well. The car still looks showroom fresh outside and there are no mechanical or electronic faults troubling us inside. 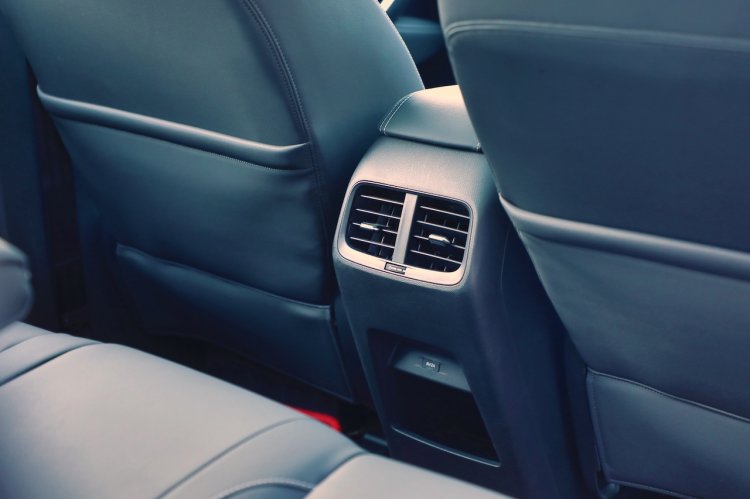 We would also like to add that, thanks to MG’s customer service apps, getting the first service of the MG was as easy as pressing a few buttons. I booked my appointment online and an MG professional came to my doorstep to carry out the service. Speaking for the entire team, we absolutely cherished our time with the Hector and were never left disappointed with the quality and durability it has to offer.

Stay tuned to IndianAutosBlog.com for more such stories.