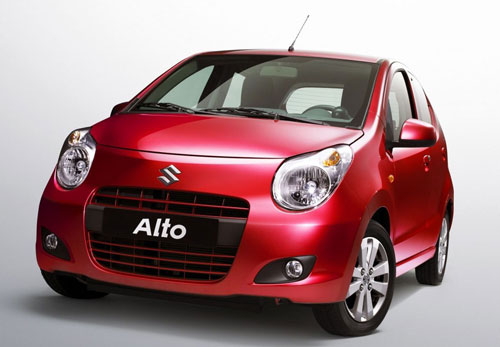 Country's largest carmaker, Maruti Suzuki India, which has been struggling to keep its sales momentum is banking on the company's to-be-launched compact car A-Star to beat the year-end blues.

The car industry, which witnessed a decline of 6.59 per cent in October, struggles to sell car in the year-end as most customers postpone purchases for a new model year. MSI is hoping that the novelty factor associated with its 5th global model will help in overcoming the challenge. "November and December are usually tough months for carmakers. Knowing that very well we will be launching the A-Star so that it can bring excitement to the market," MSI executive officer marketing and sales Mayank Pareek said.

"There have also been instances of customers coming to see new models and ending up purchasing existing models. A-Star might as well be that bait," he added.

The A-Star will be the latest in a series of global models that Suzuki, MSI's Japanese parent, has launched over the past few years and will be manufactured solely in India.

The company is aiming to sell about 50,000 units in the Indian market and a one lakh units to be exported. It will be manufactured at its Manesar plant.

MSI claims that according to the Automotive Research Association of India (ARAI), the A-Star delivers a mileage of 19.59 km per litre. It is powered by the company's new KB10 998 cc petrol engine and will be rolled out in three variants. While the company has not announced the price of the new car, it is expected to be priced around Rs 3-4 lakh.